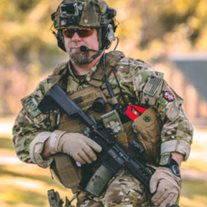 Alfred &#8220;Alf&#8221; Gerhard Zeilinger, 48, of Tulsa, Oklahoma passed from this life unexpectedly to be with the Lord on Friday, November 22, 2019.  He was born August 18, 1971 in Victoria, British Columbia to Otfried Georg Zeilinger and... View Obituary & Service Information

The family of Alf Zeilinger created this Life Tributes page to make it easy to share your memories.