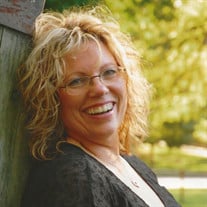 Alice Gayle Barron, age 68, of Broken Arrow, Oklahoma, passed October 6, 2021 at her residence, surround by family and friends. She was born on October 28, 1952 in Claremore to George and "Nema" Sloan. She was a member of Grace Presbyterian Church, Grove, Oklahoma and attended St. Patrick's Episcopal Church, Broken Arrow. Alice was a Master Hair Designer and Stylist for over 40 years. In her retirement she enjoyed traveling and making quilts for her extended family. She adored her grandchildren. Alice married Michael Barron on October 9, 2004 at First Presbyterian Church, Broken Arrow. They traveled together to Spain, Portugal, Ireland, The Dutch "ABC" Islands, Mexico, Costa Rica and many other tropical islands and beaches, as well as nearly half the United States. Alice also loved to sing, beginning with her parents and friends weekend get togethers. She sang with a group called "Unto Him", who did services in churches and at the Salvation Army Shelter in Tulsa. Alice was originally licensed by Helping Inspire Ministers (HIM) and later ordained as an Elder and completed a three year certification to preach in the Presbyterian Church. Alice is survived by husband: Michael Barron; children: Amy Knoche (Rick), Terry Hamersley (Tonya), Angie Buechler (Casey), and Janna Barron; grandkids: Adriana and Ricky Knoche, Deanna (Cruse) Smith and Tyler Hamersley, Owen Arnold (Shelby), Brooklyn and Natalie Buechler, and Zhenna Barron; and siblings: Margaret Dale, Linda Hastings, and Mike Sloan. Alice is preceded in death by Mother and father: Nema and George Sloan; and siblings: Steven Sloan, Randy Sloan, and Roger Sloan. A memorial service to celebrate Alice's life and the joy she brought to all she knew will take place at 12:30 pm, Thursday, October 14, 2021, at the Floral Haven Chapel in Broken Arrow, Oklahoma. The service can be viewed via the following link: http://webcast.funeralvue.com/events/viewer/61724 starting at 12:15 PM. Alice requested that donations be made to anyone or any organization that brings you joy, even yourself!

Alice Gayle Barron, age 68, of Broken Arrow, Oklahoma, passed October 6, 2021 at her residence, surround by family and friends. She was born on October 28, 1952 in Claremore to George and "Nema" Sloan. She was a member of Grace Presbyterian... View Obituary & Service Information

The family of Alice Gayle Barron created this Life Tributes page to make it easy to share your memories.

Send flowers to the Barron family.