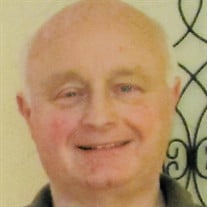 Anthony Gordon Lees, 76, passed away peacefully at St John’s hospital in Tulsa, Oklahoma on November 13, 2021. Tony, as he was known by all, was born on May 18, 1945, in Isleworth, Greater London, United Kingdom. After graduating from George Abbot high school, he was apprenticed to the British Aircraft Corporation. During his apprenticeship, he flew as a passenger on a test flight for the Concorde, where he was excited to be high enough to see the curvature of the earth. Tony met Carol in 1965 in Guildford, Surrey County, UK, and they married on July 2, 1966. Their son, Robert, was born in 1966, and their daughter, Julia, in 1978. In 1980, he was offered employment with Canada Aircraft Electronics in Montreal, and the family immigrated to Canada. Tony decided to leave the aircraft industry after he was asked to work on military aircraft, which he could not conscientiously perform. He was offered a job designing flight simulators, and the family moved to Tulsa, Oklahoma, the USA in 1982. He went on to have a long career as a mechanical engineering manager and retired in 2011. In his younger years, he enjoyed playing cricket and soccer. He loved listening to music and being outside, swimming, boating, and fishing. Tony was baptized as one of Jehovah’s Witnesses on August 1, 1969. In the early 1980s, Tony & Carol helped build the Kingdom Hall, their place of worship, in Tulsa. For more than a decade, he handled the congregation’s accounting as a volunteer ministerial servant. Tony was a faithful, active member of his congregation to the end. Because his career took him around the world, he enjoyed meeting & spending time with fellow Jehovah’s Witnesses in lands such as Norway, Romania, and Yugoslavia. Tony was well known for his cheerfulness, mildness, and generosity. Tony fought his many illnesses over the past few years with courage and faithfulness. His teasing British sense of humor will be missed by his family & friends. Tony was preceded in death by his parents, Basil & Jean Lees. Tony is survived by his wife of 55 years, Carol; his son, Robert Lees of Colorado; his daughter, Julia Lees of Tulsa Oklahoma; his two grandsons, Brandon & Gavin of Colorado; and his sister, Marion Robertson of the UK. A funeral service will be held on zoom to be announced later.

Anthony Gordon Lees, 76, passed away peacefully at St John&#8217;s hospital in Tulsa, Oklahoma on November 13, 2021. Tony, as he was known by all, was born on May 18, 1945, in Isleworth, Greater London, United Kingdom. After graduating from... View Obituary & Service Information

The family of Anthony Gordon Lees created this Life Tributes page to make it easy to share your memories.

Send flowers to the Lees family.