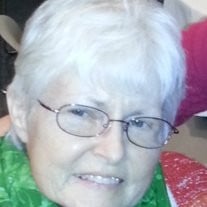 Barbara Jane Cale, born December 2, 1942, passed away Sunday after a long battle with cancer. Barbara was a member of Office & Professional Employees International Union Local 330, and had been secretary to the president, as well as “Den Mom” to the 5,000 plus members and retirees of Transport Workers Union Local 514 for 46 years. In addition, she was also a longtime member of the Northeastern Oklahoma Central Labor Council’s Executive Board.Barbara was Labor through and through, with many family members also belonging to their own respective Unions and sharing in her ideals – “The Union is an advocate for workers. Workers can be mistreated, even be unsafe, and the only solution for the worker is to either put up or quit. Unions organize everything, making workers feel safe.” Through her activism, she created and maintained one of the earliest voter databases in Oklahoma. She also enjoyed gardening and going to the horse races. Barbara was a woman of fierce loyalty, love and dedication to her passions.Barbara is survived by her husband, Keith Cale, son Ricky Dean Uhl and his wife Latonia, daughter Laurie Phillips and her husband Michael Thomas, granddaughter, Tiffany Phillips, and grandson, Ricky Wayne Uhl. She is also survived by her 2 brothers and her sister, as well as her step-siblings. Barbara was preceded in death by her parents Emmitt and Doris Knapp, and her granddaughter Nicole Uhl.Visitation will be at Floral Haven Funeral Home on Wednesday, November 13. A celebration of Barbara’s life, and a reception, will be held on Friday, November 15, at the Transport Workers Local 514 Union Hall (11929 E. Pine St., Tulsa) beginning at 2:00 p.m.In lieu of flowers, the family asks that donations be made in Barbara’s memory to Hospice of Green Country, Tulsa SPCA, or the Tulsa County Democratic Party.

Barbara Jane Cale, born December 2, 1942, passed away Sunday after a long battle with cancer. Barbara was a member of Office & Professional Employees International Union Local 330, and had been secretary to the president, as well as &#8220;Den... View Obituary & Service Information

The family of Barbara Jane Cale created this Life Tributes page to make it easy to share your memories.