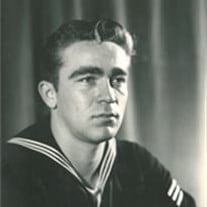 Benjamin Cain Tooke, Jr. was born November 2, 1934 in Tyler Texas son of Benjamin C. Tooke and Lottie Nell Drake. He considered his step mother Lucille Tooke as â??momâ?. He passed away June 12th, 2012 at the age of 77. He was raised in Tyler, Texas. As a Boy, â??Bennyâ? worked on the family dairy Mystery Mound Jersey Farms. He was a life guard at Tyler State Park and attended college at Stephen F. Austin in Natchitoches, Texas.Â  Joining the U.S. Navy in 1954 he served his country during the Korean War. He completed two tours of duties aboard the U.S.S. Los Angeles crossing the Equator twice. He finished his Navel Enlistment at Naval Air Station Corpus Christi, Texas. While there he broke the sound barrier as a passenger in AF9F-8J-Cougae. He was awarded the Good Conduct Medal First Award and An Honorable Discharge in 1958. Soon after Ben became an employee of the Central Adjustment Bureau in Dallas, Texas working in sales. In 1964 he started his own business Credit Systems Inc. with his partner of 37 years Danny Phillips. Danny retired in 2008; Ben continued to work up to the day he was admitted to the hospital May 17th, 2012. Ben was an avid fisherman spending many days on the lake with his good friend John Young. He also loved sports and music his entire life. He is survived by his two sons, Derrell J. Tooke of Tulsa and John Barrett of North Hollywood, Ca; two daughters, Deborah Thorton of Austin, Tx. and Laurie Zimola and her husband Nick of Broken Arrow, Ok; sister, Deloras Dorman of Valley Mill, Tx.; cousin â??Sunshineâ? of Fort Myers, Fl. In lieu of flowers please send donations in Benâ??s memory to Clarehouse (7617 S. Mingo Rd., Tulsa, Ok. 74133). All donations are 100% tax deductible. Memorial Service will be held at 3:00 pm, Wednesday, June 20th, 2012 at Floral Haven Funeral Home Chapel, Broken Arrow. The Family would like to thank Clarehouse and the staff at Hospice of Green Country, as well as all his friends who encouraged us and sat with him daily. Thank you Dad for loving us and influencing our lives like you did. We will miss you dearly.

Benjamin Cain Tooke, Jr. was born November 2, 1934 in Tyler Texas son of Benjamin C. Tooke and Lottie Nell Drake. He considered his step mother Lucille Tooke as â??momâ?. He passed away June 12th, 2012 at the age of 77. He was raised in Tyler,... View Obituary & Service Information

The family of Benjamin Cain Tooke created this Life Tributes page to make it easy to share your memories.