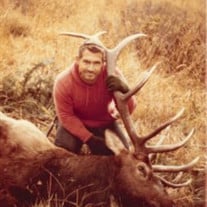 Bennie Howard Arney, 87, was born on December 3, 1932 and passed on December 26, 2019. He was born in Elk City, Oklahoma.  He is preceded in death by his Father, Roy Russell, his mother Sylvia; brother Russell; brother Charlie Lee; and sister Julia Iva Dee. Bennie said his family moved to Tulsa about the time he started school which was over by Bamma Pie at 11th and Delaware.  His Father Roy was a Highway Construction Supervisor. His mother was a stay at home house wife.  He remembered that his mother always fixed breakfast for his father first, then each one of the children, whatever they wanted.Russell was the oldest brother, then Julia (which he only knew as and called Iva Dee). Then his brother Charlie Lee, which he called Char-Lee. Bennie was the youngest and very close to his mother.  He said there was another girl, stillborn.He went to Sprindale school, then Cleveland Jr. High School. After that he completed High School at Central High.After graduation, Bennie, or Howard, as most people called him, was in the Reserves. He went on into the Navy which he considers very lucky. Bennie was transferred to Chicago for training for two weeks.  He was then transferred to the Naval Base at Hutchinson, Kansas. He said because of his typing in High School he typed schedules for pilots, as a clerk and typist. He said he couldn’t have been so lucky to be so close to home, that he could hitch-hike home.  He later got a car. But his most favorite that he talked about was his Corvette.Somewhere about that time, his brother bought some property just west of Sand Springs. His mother and father moved there also and built a house. Still today, the sign on the road reads “Arney Drive”.His brother Char-lee whom he and others called “Chopie” had a friend who suggested that Bennie should apply at the Fire Department.  Which he did. He passed all the tests with flying colors.  Bennie Howard Arney was employed with the Tulsa Fire Department October 6, 1954 and retired June 30, 1988. Mr. Arney completed over twenty years of service with the TFD and retired as Captain.His hobbies included hunting, fishing, and boating for many years. He and several friends went to Colorado for many years hunting. Many times he went with Carl Forrester, a good friend before died and Mike Wikersham. Also he said they went a lot of times with his boat fishing at Broken Bow, Oklahoma.Services will be held at 3 pm on Monday, December 30, 2019 at Floral Haven Chapel.

Bennie Howard Arney, 87, was born on December 3, 1932 and passed on December 26, 2019. He was born in Elk City, Oklahoma.  He is preceded in death by his Father, Roy Russell, his mother Sylvia; brother Russell; brother Charlie Lee; and sister... View Obituary & Service Information

The family of Bennie Arney created this Life Tributes page to make it easy to share your memories.