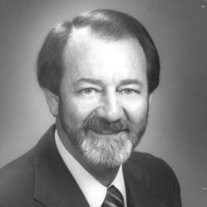 Billie Junior Dorrell (Bill), 83, born May 19, 1930 to Bertha and Willie Dorrell near Green Forest, Arkansas, passed away July 20, 2013 in Broken Arrow, Oklahoma. After graduating from Eufaula High School in 1949, he served his country as a member of the 45th National Guard in Korea, where he was a machine gun unit Squad Leader. After his military service, he enrolled at Oklahoma University and earned a Bachelor of Science degree in Geology. He worked for Sohio Petroleum in Houston, TX, Morgan City, LA, and Lafayette, LA, Unocal in Lafayette and in 1975 started Dorelco, his own business as an independent petroleum geologist in Lafayette. In 1973 he earned an M. S. degree in Computer Science at the University of Southwestern Louisiana. He earned his nickname â??Soapyâ? while working as a dishwasher at the R. B. cafÃ© in Eufaula. His interests included go-cart racing, gardening, travel, and Bible study. Bill is remembered for his gentle nature, strength, courage, work ethic, sense of humor, patience, charity, and love and devotion to his family and friends. He was a long-time member at First Baptist Church in Lafayette, Louisiana and attended First Baptist Church in Broken Arrow since moving to Baptist Village in 2008. He was preceded in death by his parents, his sisters, Opel and Dorothy Brown, his brother Lester, his first wife, Phyllis, his adopted son, Donnie, from his marriage to Phyllis, and his second wife, Mary. He is survived by his son B.J. Dorrell and his wife Julie of Lafayette, Louisiana, his son Shane Dorrell and his wife Audrey of Arnaudville, his granddaughter Catherine Dorrell of Lafayette, his step-son Charles Gates and his wife Kathy of Oxford, Mississippi, his grandchildren Sarah Gates and Will Gates of Oxford, Mississippi, his niece Kay Greer of Jenks, his nephew Johnny Brown and his wife Kathy of Bixby, his nephew Mike Brown and wife Cleta of Sallisaw, and many friends from a life lived in service to God and country. A funeral service will be held on Thursday, July 25, 2013 at 10:00 am in the Floral Haven Funeral Home Chapel of Broken Arrow, Oklahoma. Family will receive friends during visiting hours on Wednesday, July 24, 2013, from 4:00 pm to 6:00 pm at Floral Haven Funeral Home. Interment will be at Greenwood Cemetery in Eufaula, Oklahoma.

Billie Junior Dorrell (Bill), 83, born May 19, 1930 to Bertha and Willie Dorrell near Green Forest, Arkansas, passed away July 20, 2013 in Broken Arrow, Oklahoma. After graduating from Eufaula High School in 1949, he served his country as a... View Obituary & Service Information

The family of Bill Junior Dorrell created this Life Tributes page to make it easy to share your memories.