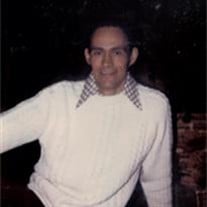 Billy Joe â??Billâ? Miller, age 78, died Thursday, March 24, at 6:19am at South Crest Hospital after a long battle with multiple health issues. Â  Bill was born on April 17, 1932 to Roy and Willie Miller in Amarillo, Texas where he spent his childhood. After a job transfer to Tulsa, OK, he met Nancy, and they were married on March 28, 1953. Â  Bill was a wonderful husband and provider for his ever-growing family. He worked as a postal carrier for over 30 years and often held other part-time positions as well to provide for his family. Bill was a jack-of-all-trades at home handling all needed repairs and maintenance including plumbing, painting, electrical, and yard work â?? including taking down several large trees following the most recent ice storm. His neighbors continued to marvel at his determination to keep doing things even if it meant carrying his oxygen tank along side while mowing the yard. Â  Bill is remembered most, though, as being a kind and gentle man who loved his family. He enjoyed camping, fishing and coaching little league baseball and football. His presence will especially be missed next month as Bill was the designated Easter Egg hider every year for the grand and great-grand-children. Bill also loved Christmas and could always be counted on to wear his Santa hat each year while passing out presents. Even during his last days, Bill was never without a twinkle in his eye and smile for his family. Â  Bill is survived by his wife, Nancy, of 58 years, 5 children – Vickie Lux, Brenda King, Brent Miller, Kirk Miller and Ginger Hutnik – 20 grandchildren and 4 great-grand children. Bill was preceded in death by one grandchild, Joshua King. Today, Bill is at home with the Lord where we know he is healed and happy after such a hard struggle here on earth. He will be missed. Â  Family will be available during the viewing at Floral Haven Funeral Home from 6 to 8pm Monday, March 28. Services will be held on Tuesday, March 29, at 3:00pm at Floral Haven Chapel with burial immediately following.

Billy Joe â??Billâ? Miller, age 78, died Thursday, March 24, at 6:19am at South Crest Hospital after a long battle with multiple health issues. Â  Bill was born on April 17, 1932 to Roy and Willie Miller in Amarillo, Texas where he spent his... View Obituary & Service Information

The family of Billy “Bill” Joe Miller created this Life Tributes page to make it easy to share your memories.