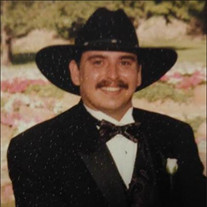 Brett Luther Shannon, went on to be with the Lord on Wednesday, September 22, 2021. He was born in Tulsa, Oklahoma on November 5, 1970 to his loving Mom and Dad, Pat & Jim Colbert. He was adventurous and loved the outdoors. He was an avid hunter, who loved bow hunting and was a fisherman, too. He obtained his 3rd degree Blackbelt in Kenpo. He was fluent in sign language, a skill he learned growing up to communicate with a childhood friend that later, allowed him to befriend and communicate with many new friends over the years. He was an artist, a mechanic, both book smart and street smart and he could do anything he put his mind too. Brett never wanted to be defined only by his addiction. Brett was an intelligent man, highly skilled, he could light up any room with one smile, he was God fearing and he was compassionate to both family and friends. He would do anything to help another and would give a person, the shirt off his back. He loved animals and wanted to adopt every furr baby he saw. Hiding his cause of death would help no one, but if his story could help just one push even harder for another day of sobriety, encourage another to choose recovery or shine a light on this horrible epidemic, then it is worth coming out of the shadows for a time of change and to let the light shine. Brett is not just another statistic or just another gone too soon, he was a great heart and was a gift that the world lost and can never be replaced. So, the best way to honor Brett, is for people who read this or knew him to think twice before you judge an addict. He was a father of two beautiful daughters, a loving Son, Brother, Uncle, Cousin and cherished friend to many. He is survived by daughters, his sister, Melissa Postoak, niece, Jamie Postoak, nephew DJ, many cousins and countless friends who he considered family. A memorial service will be held on Saturday, October 2, 2021 at 1pm at The Carbondale Assembly of God at 2135 West 51st Street Tulsa, OK 74107

Brett Luther Shannon, went on to be with the Lord on Wednesday, September 22, 2021. He was born in Tulsa, Oklahoma on November 5, 1970 to his loving Mom and Dad, Pat & Jim Colbert. He was adventurous and loved the outdoors. He was an avid hunter,... View Obituary & Service Information

The family of Brett Luther Shannon created this Life Tributes page to make it easy to share your memories.

Brett Luther Shannon, went on to be with the Lord on Wednesday,...

Send flowers to the Shannon family.