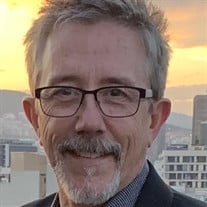 Brian Lee Green, went to be with Jesus on Sunday, August 29, 2021. Brian was born in Houston, Texas, on June 2, 1961 to Ernest Jackson Green, Jr. and Kathleen Swearingen Green. Brian lived 22 years in Nashville, Tennessee, five years in Los Angeles, California, and the last two years in Tulsa, Oklahoma. Brian was a grammy nominated, Dove award winning producer and was viewed by his peers as one of the best musicians in the industry. His talent was second only to his humble spirit and servant’s heart. When not producing records or touring the country as band director for Steven Curtis Chapman, he loved spending time on his boat, mowing his 20 acres on his beloved tractor, driving his Tesla and pouring his heart into his five kids and his wife, Wendi, whom he adored. Brian is survived by his wife of 32 years, Wendi Foy Green; his five children, Cooper Lee Green (wife, Megan), Gatlin Kate Wojciechowski (husband, Austin), Bennet Leticia Green, Kaleb Jameson Green and Kali Hope Green; and his brother, Ernest Jackson (Jack) Green, III (wife, Lora, son, Jackson). Brian’s memorial service will be held on Saturday, September 4, at 5:00pm at the family’s home in Bixby, Oklahoma. In lieu of flowers, donations can be made to Ordinary Hero online at www.OrdinaryHero.org/briangreen

The family of Brian Lee Green created this Life Tributes page to make it easy to share your memories.

Send flowers to the Green family.