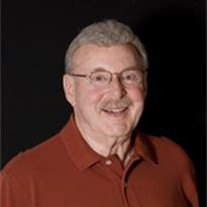 C. M. Davis is at home with his Lord, Jesus Christ. He made the transition from this life to heaven on November 20, 2011, at age 76, survived by Patricia, his high school sweetheart and wife of 57 years, whom he married September 5, 1954.Â  Â  Charles Manford Davis was born and raised in Malcom, Iowa, the ninth and youngest child of Iver and Ruth Davis. His first work was as a telegrapher for the Rock Island Railroad. He enlisted and reported for duty in the U.S. Army Sept. 23, 1954, serving in Germany until 1956. C.M. was a banker for many years, a home builder, and active in real estate investments, all of which he enjoyed very much. But he relished most his wife, three children, fifteen grandchildren, a large extended family, and a host of friends.Â Â Â  Â  C.M. is survived by his wife and their three children, Gregg (Stevie) Davis, of Dallas, Pam (Robert) Wagner, of Tulsa, and Patti (Mike) Hale, of Fishkill, New York, and grandchildren Haley and Spencer Davis, Jessie, Carson (wife Rachel), Angie, Brady, Rachelle, Duke, Teresa, Sullivan, and Nikki Wagner, and Melinda, Renee, Keith, and Brian Hale. He is also survived by four siblings, Ermal Hill of Sun City, Arizona, Jean (Merle) Bates of Fort Worth, Texas, Dick Davis of Alba, Texas, and Beverly (Leonard) Dowdell of Fort Huachuca, Arizona.Â  We wish time spent with those we love could last forever, and in our hearts it will. C.M.’s body had struggled over the last few years with the effects of Parkinson’s, and we now rejoice, knowing those shackles have been permanently removed. If love could have kept him with us, he would have stayed forever. We will draw strength from your thoughts and prayers.Â  Â  Floral Haven Funeral Home, 6500 S. 129th E. Ave., is in charge of arrangements. Celebration of life will be at 11:00 am on Wednesday, November 23rd, at Redeemer Covenant Church, 5415 E. 101st Street, Tulsa, OK, 74137. Â In lieu of flowers, memorials may be given to American Parkinson’s Disease Association, 1125 S. Trenton Ave., Tulsa, OK, 74120, attention Jennifer Johnson, or to Redeemer Covenant Church.

C. M. Davis is at home with his Lord, Jesus Christ. He made the transition from this life to heaven on November 20, 2011, at age 76, survived by Patricia, his high school sweetheart and wife of 57 years, whom he married September 5, 1954.Â... View Obituary & Service Information

The family of C. M. Davis created this Life Tributes page to make it easy to share your memories.