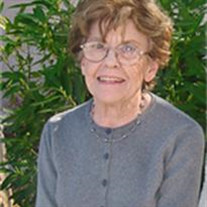 Carol Jean (Cody) Travis, 82, passed away April 13, 2012 in Tulsa, OK.Â  She entered this life at home on December 3, 1929 in Hominy, OK.Â  Carol was preceded in death by her husband, Clyde Travis; her parents, Claude Cody and Mildred (Link) Cody; 1 sister, Betty Rains. She was survived by 1 daughter Tina Zahn (Henry); 1 son Tim Travis (Michele); 4 grandsons Mark Zahn (Lori), Scott Zahn (Stephanie), Neal Zahn (Christy), and Jason Zahn (Stacey); 2 granddaughters, Ashley Zahn and Renee Travis; 11 great-grandchildren Chelsea Zahn, Camden Zahn, Chloe Zahn, Mikaela Zahn, Taylor Zahn, Kennedy Zahn, Hunter Zahn, Berkley Zahn, Parker Zahn, Avery Travis and Brayden Travis; 1 sister Loretta Walker; 1 brother Claude Cody Jr. (Barb) and numerous nieces, nephews and extended family. The family requests memorials to American Lung Association and Family Children Services. Â  A memorial service will be held at 10:00 am Tuesday, April 17, 2012 at Floral Haven Funeral Home Chapel, 6500 S. 129 E. Ave. BA 918.252.2518 www.floralhaven.comÂ  Â  Carol had a very happy childhood playing basketball and picking on the boys until she saw the future love of her life driving down the street in his hotrod Pontiac. Clyde would soon fall victim to her beauty and charms, and from that point forward they would be hopelessly inseparable. They were married on September 5, 1953. Â She would become a mother who was deeply devoted to the safety and well being of her children. She would continue this role with her grand children and great grand children. Her doting and dedication to these children knew no bounds. Nor did the love and respect that these children had for her. Prior to marriage, she enjoyed working for Sunray Oil and the company of her many friends and the fun they enjoyed while residing in a house in downtown Tulsa. After her children had grown, she took great pride in her employment with Adam’s Affiliates in Tulsa where she earned several awards for her dedication and outstanding services. In her later years she continued the pride and upkeep of the “Family Farm” to which Clyde had devoted so much of his time and effort. She also developed a passion for the horses residing there. They would quickly become her personal pets and part of her family. Carol was a great fan of Will Rogers and they were similar in sense of humor and the fact that neither of them ever met a person that they did not like. These feelings were reciprocated by all who ever knew Carol. She lived her life with no thought for herself and uninhibited dedication to the service and well being of her loved ones. There never has been nor will there ever be a woman more beloved.

Carol Jean (Cody) Travis, 82, passed away April 13, 2012 in Tulsa, OK.Â  She entered this life at home on December 3, 1929 in Hominy, OK.Â  Carol was preceded in death by her husband, Clyde Travis; her parents, Claude Cody and Mildred (Link)... View Obituary & Service Information

The family of Carol J. Travis created this Life Tributes page to make it easy to share your memories.