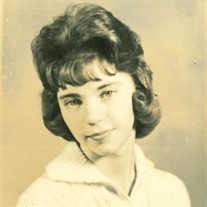 Carolyn Rae Laster was born September 13, 1944 in Oklahoma City, Oklahoma to Rae and Clarence Zevely. She married James Eddie Laster on June 1, 1963. They were sealed together forever with their 4 sons on June 4, 1975. In the Provo Utah Temple. She has 4 sons James, Greg, Todd, and Chad, and 7 grandchildren, Ari, Bri, Anna, Zane, Cason, Kelsey and Madeline. When Carolyn first met James he was taking a friend over to meet her. She had told him not to come and when he went to her front door she came out and boy was she mad. James jumped out of the car to try and help his friend but when she saw James everything changed; not just for that day but forever. They were never apart after that. From then on the only thing they needed to be happy was each other. James was 17 and Carolyn was 15. James tells everyone he meets that he met her young and raised her right so she would become a big NASCAR fan and love watching football. The truth, however, is they just grew up together. They talked about everything. He wanted to have two children, and she wanted to have six. She was an only child and hated it. They talked about what they wanted to be. Most of Carolyn’s mother’s family were school teachers. She often told James that the one thing she would never want to become was a school teacher. Carolyn started with attending Tulsa University and later became a dental assistant. She loved it. After their second child, Greg, was born she decided the place she needed to be was at home. Her days were filled with taking care of what she said was five boys. The only difference she said was that one of them had bigger toys. All the boys played sports and James coached, and she had to make sure they all got to where they needed to go. That was a small part of her duties. She made sure she was there for each of their children, volunteering to be each ones den mother, home room mother, and so forth; all while taking care of church callings, active in PTA, and serving as a substitute teacher at the school which brings us to her final career change. While subbing at the school, her son’s teacher was killed in a car accident. The school never advertised the job. They only wanted Carolyn to take it. That is how she became, of course, a school teacher. Carolyn’s faith and devotion to our heavenly father was always a big part of her life. She held many callings that included junior Sunday School coordinator, primary president, and relief society president. Callings that take a lot of time, work, and prayer. Her favorite was working in the family history library. While helping others to do genealogy, she managed to trace an unbelievable amount of lines in our family. She sent so many names to the Dallas Temple for their work to be done that on one occasion she got a large envelope back from the temple saying they did not have enough workers to process them. So she sent them to the Salt Lake Temple. Carolyn’s life was very full with a loving family and for the most part happy days. However, it was also full of difficult times, and in later years very poor health, pain, and suffering. It started with becoming a diabetic in her late 20’s. In 1991 she was in intensive care at St. Frances for over 3 months. They told her when she went in she would not live through the night. She looked at James and said, “If I have any chance at all I will make it.” That is Carolyn. It’s who she was then, and who she is now. With God’s miracles and a strong fighting attitude she overcame that sickness and a series of health issues for most of her remaining life. Carolyn continued to be there for her family especially her grandchildren, they became a central focus of her life. Some lived close and some not so close. While it wasn’t possible to do what she wanted to do for those that lived further away, she always made it clear that she loved them all the same. Carolyn never asked for much for herself her whole life. If she was given money like for her birthday, she always spent it on her sons or James. Just a few months ago, while not able to get out of bed, she insisted that James needed to buy myself a new suit. However, she did love to shop even if it was for someone else. She would say, “People that say money can’t buy you happiness, just don’t know where to shop.” She just never lived her life for herself. When her friends would ask why she put up with James hobby of cars, she would reply, “Unlike you, I never have to wonder where he is, or what he’s doing. He’s in the garage working on his hot rod.” Somehow, in all those busy days, Carolyn found time to give her family a most previous gift; a daily journal from 1959 to 2012. There is so much more to tell. Especially, of her years helping children with learning disabilities, who have found her on Facebook now, because they have never forgotten her. She leaves a legacy of a loving righteous life that lives in all her family and will forever. In lieu of flowers donations can be made to American Diabetes Association at www.diabetes.org Graveside Service will be 3:00 pm, Thursday, October 22, 2020 at Floral Haven Masonic Garden

Carolyn Rae Laster was born September 13, 1944 in Oklahoma City, Oklahoma to Rae and Clarence Zevely. She married James Eddie Laster on June 1, 1963. They were sealed together forever with their 4 sons on June 4, 1975. In the Provo Utah Temple.... View Obituary & Service Information

The family of Carolyn Rae Laster created this Life Tributes page to make it easy to share your memories.

Send flowers to the Laster family.