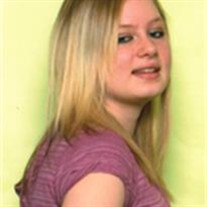 Funeral Service to be held 1:00p.m., Thursday Sept. 22, 2011 at the Rhema Bible Church Chapel witht the Rev. Bill Ray officiating.Â  Survived by parents, Steve and Susan Felmlee, grandparents Harold and Mary Zimmerman and Jessie Felmelee also Aunts and Uncles as well asÂ  numerous cousins. Casey Felmlee was born on January 4, 1997.Â She came into our life on October 30, 1998.Â Casey was a total joy to be around.Â She lighted up any room she was in and it was a true joy to have the privledge to call her our daughter and adopt her into our family.Â The best way to descibe Casey is that she thoroughly enjoyed life. Â  She loved to give to others.Â Every year it was a contest to see how much she could fit into a shoe box for Operation Christmas Child. Her goal was to buy a shoebox for every age group.Â Several years she told us to buy less for her so we would have enough money to buy for someone in need.Â She loved to go to the warehouse to help pack the individual boxes into larger boxes, getting ready to load them on to the semi trucks. Â  She had a love for adventure and animals like none other.Â She owned several snakes, hamsters, two cats, two dog, 5 lizards, raised a wild baby bunny that the dogs got into the nest until it was old enough to release back to nature and hatched 24 chickens for 4-H!Â  Â  When it comes to adventure she jumped off the high dive at 2 1/2 years old.Â When asked if it was fun she said yes and do you want to do it again it was an definate NO!Â When boys in the neighborhood would build a ramp for their bikes she would be going over it with her trike.Â She asked her dad when she was 4 1/2 years old, “How old do you have to be to take training wheels off of your bike?”Â When she was told there wasn’t any rule on that, her response was ok, I’m ready. Â  She started roller skating when she was two years old and won several limbo contests.Â She also enjoyed ice skating and skated in two ice skating shows. Â  It didn’t matter who she was around.Â If she was around someone younger then herself she gave them her total attention.Â If she was doing nursing home visitation she would strike up a conversation with the lonliest person who just looked like they needed someone to talk to. She loved visiting her grandparents. Â  There was the girly side of Casey that always wanted make-up just right, her hair done and going to the mall was considered a field trip.Â She was into clothes and shoes like any normal teen age girl. Â  And then there was the creek.Â Casey loved to go to the creek to catch crawdads, turtles and other treasures! Â  After her rape in May she decided she would identify and testify against her attacker.Â She said she didn’t want any other girl to go through what she went through.Â Prior to the hearing she was introduced to BACA – Bikers Against Child Abuse.Â Her road name with them was Sparkle.Â Which we thought was very appropriate – being she could put a sparkle in anyones eye! Â  Even in her death she continues to give.Â In April, Casey told us she wanted to be an organ donor.Â We went ahead with the paper work and found out that she was able to donate several organs.Â Lifeshare has told us that both of her kidneys have been matched to needy recipients along with her pancreas and liver. Â  It didn’t matter what she was doing Casey always gave 110%.

The family of Casey M. Felmlee created this Life Tributes page to make it easy to share your memories.