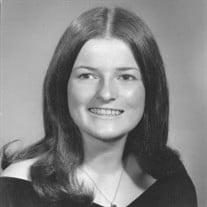 Cassandra Hall Smith, 66, of Calvert, Alabama and Tulsa, Oklahoma, passed away unexpectedly May 24, 2021 at her home in Calvert. She was born December 28, 1954 in Springerville, Arizona to Thayla and Julian Orville Moody. She was adopted in 1960 by Ellis Merlyn Hall. Cassandra was preceded in death by her parents, Thayla and Merlyn Hall and her brother Merlyn Brent Hall. (She was also preceded in death by Kyle Shelton. She is survived by her husband Coy Smith, her sisters, Sherry Dupre and her husband Pete, Devonna Rae Restucchia and her husband Richard, and Shelley Merlene Hall. She also leaves behind her sister-in-law, Melinda and Marvin Porche, Don Wagner, Renee Porche, Brandy Cooper and multiple grandchildren, stepson Derek Shelton, his wife, Taran and three grandchildren. In High School Cassandra was very active and participated in many things. She was elected Cheerleader all four years, was president of her class her Junior and Senior years and belonged to the National Honor Society her Junior and Senior years. She was in the All State Choir and she loved to play the guitar. She and best friend Ethelyn sang and competed in many events with Cassandra accompanying them on the guitar. After High School she went to dental school and became a dental assistant. She married Harold Westfall in 1978. After they were divorced she joined the U.S. Navy and while there she met and married a Navy man, Coy Smith in 1980. Cassandra reached the Naval rank of 2nd Class Petty Officer. When they were discharged from the Navy, they moved to and made their home in Claremore, Oklahoma. They eventually divorced and Cassandra met Kyle Shelton and his young son Derek. Cassandra and Kyle were married and though Derek was her stepson through marriage, he was her son in her heart, and would be for the rest of her life. They lived in Tulsa, Oklahoma and while there, Cassandra attended Oklahoma State University and received her Masters instructual Engineering. She and Kyle eventually divorced in 1997. She went to work for Synergy Engineering in Tulsa, thriving at and loving her job. Once again Coy Smith and Cassandra were reacquainted and were remarried in the summer of 2010 and extremely happy. Coy was offered a job he couldn’t refuse in Alabama in 2014 so they moved to Saraland and then eventually to Calvert, Alabama. She loved the scenery and was really happy there. Services will be held at Floral Haven, 6500 S. 129th E. Ave, Broken Arrow, OK 74012, on Saturday, June 12th at 10 a.m. Central time. If you would like to send flowers www.floralhaven.com. ***Services will be live streamed starting at 9:45 AM on Saturday, June 12, 2021. To view the service live, please click on the following link: https://webcast.funeralvue.com/events/viewer/55540/hash:15D6F0841C24836C Memorial Services will be held 10:00 AM, Saturday, June 12, 2021 at Floral Haven Funeral Home Chapel.

Cassandra Hall Smith, 66, of Calvert, Alabama and Tulsa, Oklahoma, passed away unexpectedly May 24, 2021 at her home in Calvert. She was born December 28, 1954 in Springerville, Arizona to Thayla and Julian Orville Moody. She was adopted in... View Obituary & Service Information

The family of Cassandra Smith created this Life Tributes page to make it easy to share your memories.