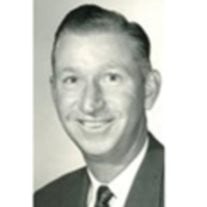 Clifford “Red” Rogers was born October 08, 1918, in Ft. Gibson, Oklahoma. His parents were Clifford and Martha McCall Rogers. Red played a year of football and basketball at Northeastern State College. He started coaching in 1947, retiring in 1979. He coached in Haskell Oklahoma a year, a year in Broken Arrow, Oklahoma, and a year in Bixby before being called back into active duty during the Korean War. After two years of active service he went back to coaching for Bixby, then Jenks. He assisted in Owasso, before teaching at Oklahoma Military Academy. He coached and was Athletic Director for Jenks and Broken Arrow before retiring. Red loved gardening golfing and traveling. He went through a couple of motor homes. Coach Red Rogers is a member of several Coaches Hall of Fame: Oklahoma High School Coaches Hall of Fame, Bixby’s Coaches Hall of Fame, and the NSU Hall of Fame.Red, as his family and friends knew him by, retired as a Lt. Col from the US Army. He served 34 years in the military during World War II and Korean War. He was given credit for 32 years of service because he had lied about his age upon entering the military.. Clifford “Red” Rogers is survived by his children: Becky Howey and husband, Richard, Rick Rogers and wife, Donna, Judi Burton and husband, Randall; grandchildren: Chris Howey, Mike Rogers, Kari Smith Peete Christopoulos, Kelli Cozort, Nikole Christopoulos; 12 great grandchildren and one on the way; two nieces and a nephew. He is preceded in death by his parents: Clifford and Martha (McCall) Rogers; wife Thelma “Judy” Rogers; and brother: William Rogers; and a grandmother: Cherokee America Rogers, and a distant relative, Will Rogers.Memorial Contributions can be made in Red’s honor and memory to the Laura Dester Shelter, 7318 E. Pine, Tulsa, Oklahoma 74120

The family of Clifford “Red” Rogers created this Life Tributes page to make it easy to share your memories.