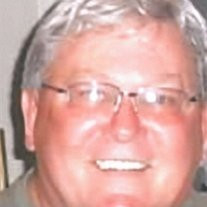 Dale Eugene Magni was born February 9, 1947 to Geno and Mildred Magni in Lebanon, Pennsylvania. He graduated from Annville-Cleona High School in 1965. Dale served in the United States Army in various capacities. He began his career in the Army in 1965. During the years until 1969 Dale was in the Basic Infantry, light weapons advisor, Drill Instructor, and Staff Sergeant. In 1969-1970 Dale was with the 2nd Battalion, 503 Airborne Infantry in Vietnam and 1971-1973 he was with the 173rd Airborne Brigade, Republic of Vietnam. Dale received various commendations and medals during his years of service. They were as follows… Combat Infantryman’s Badge Master Parachutist Bronze Star Army Commendation Medal Vietnamese Honor Medal Good Conduct Medal Vietnamese Service Medal Vietnamese Expeditionary Medal Throughout the remainder of Dale’s life he worked in various occupations. At Ann Herbert he was the store manager and area supervisor. At New York Life Insurance he was a field underwriter. In 1980 Dale went to work for Saint Francis Hospital and several years later Laureate Psychiatric Clinic and Hospital. His final place of employment before his retirement in 2009 was U.S. Cellular. Dale’s hobbies included golf, ice hockey, softball and reading. He was a “people person”. He never met a stranger. He would talk to a stranger in the grocery store and that person stopped and talked to him, just as if they had know each other for years. To each of us Dale was something special, a rare and special person who came into our life. We are here today to admire a man who was one of a kind. A good Father, husband and grandfather. He will be truly missed by all of us. Dale is survived by his wife Jeanette, daughter Kelli High and her husband Derek. daughter Kimberly Crosson, son Timothy Magni, step-son Curtis Rampp and step-daughter Alycia Highfill. Grandchildren Dillon Magni, Casey Magni, Jessica Crosson, Kristen Magni, Ryan Crosson, Jessica Rainbolt and her husband Joey, Derek High, and Cameron High. Great grand-children Stormi Faye Magni, Jayla Rainbolt and Johnathon Rainbolt. Siblings Frank Magni, Suzanne Lanpier, Tom Magni, Vicki Lynn Magni. Niece Lori and her husband Tim Brown and many more extended family members.

Dale Eugene Magni was born February 9, 1947 to Geno and Mildred Magni in Lebanon, Pennsylvania. He graduated from Annville-Cleona High School in 1965. Dale served in the United States Army in various capacities. He began his career in the Army... View Obituary & Service Information

The family of Dale E. Magni created this Life Tributes page to make it easy to share your memories.