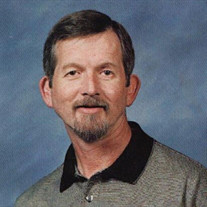 Dale Lee Smith, 68, passed away on December 14, 2021 at his home in Tulsa, OK. Dale was born October 12, 1953 in Muskogee, Oklahoma. He graduated from Muskogee High School in 1971. He moved to Tulsa in 1972 and married Sandra Lou Booth in 1974. He was employed at Burtek and Flight Safety as a sheet metal fabricator for many years. He worked at HS Boyd until he retired in 2014. He loved baseball, especially the New York Yankees. He was an accomplished woodworker and made many items that his family cherishes to this day. He enjoyed the outdoors and loved camping and fishing. He spent many years enjoying coaching and watching his sons and grandchildren play sports. He was preceded in death by his parents, Edgar and Betty Smith, his sisters Peggy Smith and Janet Wood. He is survived by his wife, Sandra, his sons and their wives, Shaun and Katie Smith, Brian and Molly Smith, his sister, JoAnn Shepherd, and 4 grandsons, Parker, Chandler, Owen, and Evan. Visitation will be held at Floral Haven Funeral Home on Thursday, December 23 from 12:00 PM- 2:00 PM, with a memorial service at 3:00 PM. In lieu of flowers, donations can be made to: Little Light House 5120 E. 36th St. Tulsa, OK 74135

The family of Dale Lee Smith created this Life Tributes page to make it easy to share your memories.