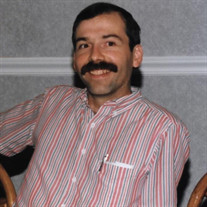 Dale Allen Wilson was born April 18, 1964, to Stanley and Shirley Wilson of Seneca, Missouri. He went to be with his Gracious Lord on July 31, 2021, after a long battle with Huntington’s Disease. Dale is survived by his wife, Cindy Wilson; his son, Caleb Wilson; his daughter and son-in-law, Jessica and Dylan Marsh; his father, Stanley Wilson; and his brother, David Wilson. He was preceded in death by his mother, Shirley Wilson; his brother, Darren Wilson; and his sister, Donna Woolsey. Dale graduated from Seneca High School in 1982 and then achieved an Associate’s Degree in Applied Sciences from Crowder College in 1984. A couple of years later, as his long-time friend, Stanley Keith, was preparing to go to Harding University, Dale decided to go with him. Dale met his wife Cindy at Harding and then received his Bachelor of Business Administration in 1989. Dale and Cindy married on June 3, 1989, and moved to Tulsa, Oklahoma. Soon after, they became part of the church family at Park Plaza Church of Christ. Dale loved going to church and enjoyed serving in many capacities, usually quietly, behind the scenes. More importantly, Dale was devoted to Christ: he read his Bible daily, usually reading all the way through each year; he loved praying for others as part of the men’s prayer ministry; and he lived a life of humility, a quiet example of Christ to everyone around him. Sometimes people thought he was shy, but actually, he was just genuinely more interested in listening to what others had to say. Dale and Cindy were overjoyed to become parents on November 20, 1995, when their twins, Caleb and Jessica were born. Dale loved playing with them, reading to them, and praying with them every night before bed. He had the privilege of baptizing each of them at church camp, which was very special because Dale was also baptized at church camp when he was a teen. Dale enjoyed almost anything that had to do with cars. He had a 1964½ Ford Mustang that he restored and owned for many years; he liked to drive it in the Independence Day Parade in Seneca, MO, his hometown. He also enjoyed road trips, watching NASCAR races, going to auto shows, and reading car magazines. In 2012, Huntington’s Disease began to take its toll and Dale “retired” from his 23-year job at Global Bearings, Inc. Despite this, his example of quiet humility continued; in fact, it flourished as he navigated a devastating disease with grace and patience. He will be remembered for his Christlike example and his legacy of faith. A memorial service will be held on Saturday, August 7, 2021, at 1:00 pm at The Park Church of Christ, 10600 East 96th Street in Tulsa, Oklahoma. In lieu of flowers, donations can be made to the Huntington’s Disease Society of America. https://hdsa.org/

Dale Allen Wilson was born April 18, 1964, to Stanley and Shirley Wilson of Seneca, Missouri. He went to be with his Gracious Lord on July 31, 2021, after a long battle with Huntington&#8217;s Disease. Dale is survived by his wife, Cindy Wilson;... View Obituary & Service Information

The family of Dale Allen Wilson created this Life Tributes page to make it easy to share your memories.

Send flowers to the Wilson family.