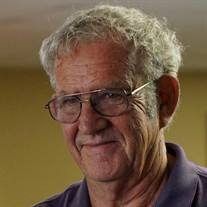 David Dean McCay, 74, of Broken Arrow passed away on July 14, 2021. Born January 4th, 1947, in Leon, IA to Elmer and Bonita McCay. David graduated from Creston High School in 1965. He graduated from United Electronics in Des Moines, IA, in 1967. He married Susanne Kinkade on Sept. 23, 1967. They have been married for fifty-three years. He worked at Hallicrafters in Rolling Meadows, IL, from 1967 to 1969. He then moved to Des Moines, IA, and worked at Meredith Publishing from 1969 to 1978. In 1978 his family moved to Broken Arrow, Oklahoma. He began working for the Tulsa Ford Glass Plant as an electrician, retiring in 2016 after thirty-eight years of service. He was a member of the Order of the Arrow Scouting National Honors Society and earned his Eagle Scout rank at the age of seventeen. In his free time, he enjoyed water skiing and coaching Avalanche Express ‘72 to four state championship titles. David also enjoyed supporting his grandchildren by attending baseball, softball, soccer, football, volleyball, and basketball games, as well as the choir, drama, and the Pride of Broken Arrow Marching Band events. He was known as the dog whisperer. He had five dogs and eleven granddogs, and they all loved him. He recently added a grand-cat named Ozzy to the list, and even the cat adored him. David was preceded in death by his parents and brother Roger McCay. David is survived by his wife Susanne, and their four daughters: Miriam Osburn and husband Jeff, Melissa Forrest and husband Nathan, Stephanie Tate and husband Brian, Anny Benton and husband Brad. Eleven grandchildren, Mitchell and wife Kathryn, Samantha and husband Kyle, Corbin and wife Madison, Keaton and fiancé Bailee, Tyson, Collyn, Bradley, Sydney, Jordan, Haley, and Mariah. Great-grandchildren Barrett, Camden, and one on the way. Brother Keith McCay and wife Brenda and numerous cousins, nieces, and nephews. ***FOR THOSE THAT CANNOT ATTEND THE SERVICE IN PERSON, PLEASE COPY AND PASTE THE FOLLOWING WEB ADDRESS IN YOUR BROWSER OR CLICK ON THE LINK: THE LIVE STREAM WILL START AT APPROXIMATELY 9:45 am. IF YOU DO NOT SEE THE LIVE FEED, PLEASE REFRESH THE PAGE UNTIL IT APPEARS*** http://webcast.funeralvue.com/events/viewer/57165

The family of David Dean McCay created this Life Tributes page to make it easy to share your memories.

Send flowers to the McCay family.