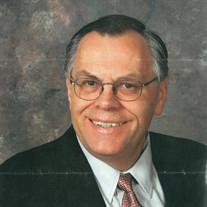 DINKO PLENKOVICH, PH.D., FACR Born in Zagreb, Croatia (former Yugoslavia), on May 8, 1949, radiological physicist, Dinko Plenkovich, died of complications of abdominal compartment syndrome, leading from Ogilvie syndrome on January 20, 2021. This was the inauguration day of the US President Joe Biden, and the day Dinko was supposed to receive his first dose of COVID-19 vaccine. In his childhood, Dinko spent many of his summers at the coast of the Adriatic Sea with his loving parents, Nada and Zlatko Plenkovic (Croatian spelling). He liked swimming and had fond memories of those wonderful camping trips. They also travelled to many European regions and cities. In high school, Dinko fell in love with mathematics and physics. He was profoundly impacted by Mrs. Fuss, his high school math teacher for 4 years. He was intensely grateful for her teaching. He once wrote to a friend: “We had excellent teachers and mentors, especially in math and physics. They were providing us with ever more and more challenging problems to solve. This is how we were training for the mathematics and physics competitions at class, school, city (Zagreb), state (Croatia), and country (Yugoslavia) level. Each of these competitions was eliminatory, and only a few with the highest scores advanced to the next level. In the 10th grade, I won the first place both on the state and country competitions in physics.” Dinko also won the third place in the math competition at the country level. Following the high school, he studied physics at the University of Zagreb, and then worked for a while as a nuclear physicist at the Boskovic Institute in Zagreb. Dinko landed in the United States to study at Harvard University for his master degree in Medical Radiological Physics in 1980. He earned his Ph.D. in Physics from University of Utah in 1982. He married Soo-Kuen Diana Lin, a Chinese Christian lady from Hong Kong, at the Chinese Presbyterian Church in New Orleans, Louisiana, in 1987. Dinko worked hard his whole life. He served at Tulane University in New Orleans, Louisiana; East Carolina University in Greenville, North Carolina; Washington Hospital Center in Washington, District of Columbia; St. Francis Hospital in Tulsa, Oklahoma; Stormont-Vail HealthCare in Topeka, Kansas; Roswell Park Cancer Institute in Buffalo, New York; Greater Baltimore Medical Center in Towson, Maryland; and Memorial Hospital of Sweetwater County in Rock Springs, Wyoming. Dinko’s appetite for learning and studying had motivated him to get the American Board certifications in Therapeutic Radiological Physics, Medical Nuclear Physics, Diagnostic Radiological Physics, and Nuclear Medicine Physics and Instrumentation. A department head in one of the hospitals in which Dinko worked described him as “a very detail-oriented physicist who cared greatly for the patients in whose care he was involved.” People liked to work with him. Dr. Greene commented that he was “an ethical, compassionate, knowledgeable person!” Dinko took great pride in establishing the Medical Physics Program at East Carolina University as an Associate Professor of Physics. One of his graduate students remarked: “He is the most knowledgeable, dedicated, and patient professor I have ever met. He would teach students equally, and put all his effort for their success…He pushed us to take the board exam for career advancement.” His department chair expressed that he wished “more professors were as good with students as Dinko was.” All his graduate students have become outstanding physicists. Teaching was Dinko’s talent and he enjoyed it. He also used this talent to help his two adopted children from Croatia, Daniel and Annie. In 2018 a great honor was bestowed on Dinko: He was selected to a prestigious and well-deserved position of a Fellow of the American College of Radiology (FACR). Even when he reached the retirement age, Dinko had never truly retired. Rather, he continued helping patients by taking locum tenens (substitute) radiological physicist positions at different hospitals in various states. In March of 2020, at the onset of the devastating pandemic, Dinko and Diana returned to Oklahoma from his last locum tenens assignment in North Carolina. He began passionately researching the progress of COVID-19 in different countries, and had been astonished by the success of the fight against the virus in many Asian countries, especially in Taiwan. He strongly advocated the importance of vaccines and a need to achieve the herd immunity. Dinko was also interested in other medical, social and political issues. One of his favorite books was Just Mercy by Bryan Stevenson. It is a true story of the fight for justice. Last few months of his life, Dinko spent much time discussing and explaining his views and hopes about the 2020 presidential election process. His friend Dr. Brown remembers: “Dinko’s brilliance and passion inspired me to write my first, and likely not my last letter to a politician…” Anthem Church in Broken Arrow, Oklahoma, was Dinko’s church home for 22 years. He and his wife attended Anthem Church whenever they were back home from his many out of states assignments. Those of us who knew Dinko will remember him as a loyal and caring husband, father, colleague, and friend. He will be sorely missed. The family has requested that in lieu of flowers contributions may be made to the Anthem Church located at 7777 S. Garnett Rd., Broken Arrow, OK 74012. Funeral will be web-cast for those who cannot attend: View Funeral Webcast This webcast can be viewed for up to 90 days. Hong Kong will be 14 hrs ahead of this time. Croatia will be 7 hrs ahead of this time.

The family of Dinko Plenkovich created this Life Tributes page to make it easy to share your memories.

Send flowers to the Plenkovich family.