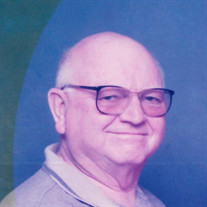 Donald Ray Gaines was born April 11, 1943, in Oklahoma City to Lindsey and Zella Gaines. He passed from this earth Friday, March 25, 2022 at his home in Collinsville. He grew up in Sand Springs and graduated from Sand Springs High School with the class of 1961. Don met his special angel Darlene in 1963. They married December 28, 1968. They made their home in Tulsa before moving to Collinsville in 1980. Don worked for Meadow Gold Dairy for 24 years in the plant and driving a truck. He also worked for Storey Wrecker for 17 1/2 years until retiring in 2004 after suffering a stroke. Don and Darlene enjoyed many years of square dancing with their club, Levis and Lace, where they served as president for a number of years. Don was a life-time member of the American Legion Post 2 Collinsville, OK where he served as adjutant for 15 years. Don is survived by his wife Darlene of the home, 2 daughters Helen Todd of Bella Vista, AR and Maureen Satterfield (and husband Dennis) of Collinsville. 1 son-in-law Donnie Johnston of Collinsville. 1 brother Raymond Gaines (and wife Ruby) of Bristow. 11 Grandchildren, 32 Great-Grandchildren, and 6 Great-Great-Grandchildren. He is also survived by many nieces and nephews. Don is preceded in death by his father Lindsey and mother Zella, 2 brothers Marlin and Stanley, 1 sister Mona Jean. 2 daughters Sharen Johnston and Elizabeth Wall, and 1 great-great-granddaughter Slade, 1 nephew and 3 nieces. Visitation is scheduled for Thursday, March 31, 2022 from 4:00PM to 6:00PM at Floral Haven Funeral Home 6500 South 129th East Avenue, Broken Arrow, Oklahoma 74012, Funeral services are scheduled for Friday, April 1, 2022 at 1:00PM at Collinsville Freewill Baptist Church, 15320 US-169, Collinsville, Oklahoma,74021. Interment at Floral Haven Memorial Gardens in Broken Arrow, Oklahoma to follow. In lieu of flowers, donations can be made in Don's name and honor to Collinsville Freewill Baptist Church, 15320 U.S. Hwy 169, Collinsville, OK 74021.

Donald Ray Gaines was born April 11, 1943, in Oklahoma City to Lindsey and Zella Gaines. He passed from this earth Friday, March 25, 2022 at his home in Collinsville. He grew up in Sand Springs and graduated from Sand Springs High School with... View Obituary & Service Information

The family of Donald Ray Gaines created this Life Tributes page to make it easy to share your memories.

Send flowers to the Gaines family.