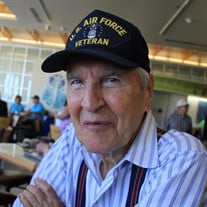 Donald Lee Monchil born March 20,1928 at 3 PM in Kansas City, KS. I was delivered by midwife in a house belonging to my Mother's Aunt. The depression started in 1930 as did the dust bowl, either alone a terrible experience. Kansas City was on the east edge of the dust bowl. Like thousands of other kids the depression affected my childhood. My father wandered looking for work and Mother worked for a pittance in a meat packing plant. At three I ended up at my fraternal grandmother's house in northern Wisconsin. I was lucky because thousands of kids in the dust bowl died of respiratory diseases. Northern Wisconsin was the definition of poverty with long cold winters and marginal soil for farming, but no dust. I lived in different places with various people. It made me self reliant and adaptable, but withdrawn. At the age of 14, I went to Chicago to live with a mother I did not know. That didn't last long and I started another odyssey. Saw a little of the country, did some interesting things and spent some time on the streets. Somehow thru all of this, I finished college only because some people helped me more than I deserved. Finally my life had some order and then I was drafted for the Korean War. I had no idea where Korea was or why I was needed. I ended up an Air Force pilot and was assigned to Japan as the war was winding down. Met Sumie Miyauchi in Tokyo and married her July 21, 1954. We had one son, Allen, born in Renton,WA, October 3, 1955. I spent 33 continuous years at Boeing in an interesting job. In retirement I volunteered for AARP for a few years and later became a docent and volunteered at the Issaquah Fish Hatchery participating for many years. The hatchery work gave me the opportunity to learn and realize more deeply, the beauty of nature. Another benefit was the many new friends. As a young man, I had several serious incidents that could have cost me my life. I make this point only to illustrate that my long life and success was the result of luck and the help of selfless people. My greatest regret is not properly appreciating and thanking the many generous people who helped me. We moved nine times around the US plus Germany. The moving was hard on the family and my wife Susan kept the family together. I can't thank her and our son Allen enough for adapting and keeping the family working. It wasn't easy. Susan was the love of my life and my greatest luck was marrying her. If anyone feels compelled to donate to a charity in my honor, any charity is OK, but I like the Childrens Hospital, Humane Society or Issaquah Hatchery. Please highlight the link below and right click to access the story... https://books.google.com/books?id=XoI8ke2v-wIC&pg=PA216&lpg=PA216&dq=donald+monchil&source=bl&ots=CqkdIfJnHU&sig=ACfU3U2-8Q0LS3nC-22aSuyVNHtA2i9U2g&hl=en&sa=X&ved=2ahUKEwi4wJrOrLvnAhVCQKwKHYJ9AcIQ6AEwA3oECAoQAQ#v=onepage&q=donald%20monchil&f=false

Donald Lee Monchil born March 20,1928 at 3 PM in Kansas City, KS. I was delivered by midwife in a house belonging to my Mother's Aunt. The depression started in 1930 as did the dust bowl, either alone a terrible experience. Kansas City was on... View Obituary & Service Information

The family of Donald Lee Monchil created this Life Tributes page to make it easy to share your memories.

Send flowers to the Monchil family.