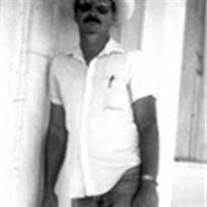 Donald Durwood Stout, Jr., 59, of Tulsa, Oklahoma, passed away on June 12, 2012. Â  Durwood was born on June 28, 1952, in Tulsa, Oklahoma, to Donald D. Stout Sr. and Sally Jean â??Jonesâ? Stout. Durwood was raised and went to school in Sand Springs, Oklahoma. He was active in school programs and was President of VICA his senior year at Charles Page High School, where he also played football and baseball. Â  Throughout the years, Durwood blessed his friends and family with constant humor and the kindest of spirits. He devoted twenty-two years to the Tulsa County Sheriffâ??s Office with a specialization in correctional locksmithing, but always preferred to be out in the woods hunting, fishing, and finding peace in nature. Invariably in cowboy boots and hat, he always had a joke or prank in store to keep the laughter going. He lived to help others and thought last of himself. Â  For years, Durwood operated a â??Puppet Ministryâ? for teaching Bible lessons at his Church. He also volunteered his services in fundraisers for handicap programs around the Tulsa area. And many a stranded motorist met Durwood at night, as he arrived to assist them in his locksmith business. Many times Durwood helped them for free as he would see they were in need. Â  He is survived by his wife, Linda, of twenty-seven years; daughters Sarah Stout, Lisa Hanna, and Tanya Woollard; sister Deborah Sue Stout, and brother James C. Stout; grand children Jacob and Rachel Woollard, and Johnny and Austin Hanna. Â  Durwood was preceded in death by his niece, Lena Jean Stout, his father and mother, Donald and Sally Stout, both sets of grandparents, Homer and Lena Stout & Arthur and Pauline Jones. Â  Friends are invited to a visitation from 3-9 p.m. on Sunday, June 17th, 2012 at Floral Haven Funeral Home in Broken Arrow, Oklahoma. Services will be held on Monday, June 18, 2012, at Floral Haven Funeral Home Chapel at 10:00 a.m.

The family of Donald Durwood Stout created this Life Tributes page to make it easy to share your memories.