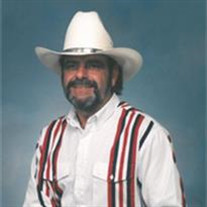 Donnie Gene Griffith was born September 7th, 1950 in Wynnewood, Oklahoma to Harold Lee and Thelma Ruth Griffith. He grew up on the West side of Tulsa, Oklahoma graduating from Daniel Webster High School in 1969. Donnie proudly served our country in Vietnam as a Staff Sergeant in the United States Army, 7th Calvary Infantry Division. Donnie was married July 6th, 1971 to Norvella Mitchell. They had two beautiful children, James Lee and Kimberly Ann. Donnie spent most of his working years in sales; which was a reflection of his approachable and outgoing personality. His strong work ethic and loyalty were evident to all who knew him. Donnie’s passions outside of work included fishing, yard work, music, OU Football and his greatest passion of all, his family. To all that knew him; the love and joy he had for his family was all consuming. There was nothing he loved more than time spent with his children, grandchildren, brother, sisters, nieces and nephews. Barbeques, family dinners and holidays were times he held closest to his heart. People were naturally drawn to Donnie. When you walked away from any time spent with him; you yourself felt like family. Donnie was also an accomplished lifetime musician and lead singer of the Tulsa Gamblers for many years. Later in life, any Fall Saturday you could find Donnie at Owen Field: Section 15, Row 50, Seat 11 cheering on his beloved Oklahoma Sooners. His love of OU Football was another passion he shared with his children and grandchildren. But above all of these things, Donnie valued time spent with his grandkids: Garrett, Amaya, and Andre the most. From Garrett’s Friday night football games, to spending time with his princess Amaya or playing catch with Andre; these were the moments he cherished. His legacy will forever live within the hearts and lives of his children and grandchildren. On Friday, November 4th, 2011, Donnie won his battle with cancer and moved to his home in Heaven. He was preceded in death by his parents, Harold and Thelma Griffith; brother, Ronnie Griffith; and sister, Judy Griffith-Harper. He is survived by his sister, Rita Symanski of Tulsa; sister, Marlene Clemmer of Tulsa; son, James Griffith and daughter-in-law Christie Bowman Griffith of Tulsa; daughter, Kim Griffith of Norman; grandchildren, Garrett Griffith, Amaya and Andre Johnson. He leaves behind in love, the mother of his children: Norvella Griffith; brothers-in-law, David Clemmer and Alan Harper; sister-in-law, Faye Griffith; nieces, Tonia, Alicia, Jenny, Ashley, Treva, Briana, Linsey, and Dollie; nephews, Steven, Derrick, Jeffery and Brad; and many, many friends and family whom he loved so dearly. Our family would like to say a very special thank you to: St. Francis ICU, Hillcrest Home Health, and Rose Rock Hospice. The extraordinary love and care provided to our father and our family was immeasurable. Also, a million thank you’s to dad’s best friend, Steve Rhodes for being there when he needed you most and to our sweet, sweet Uncle Don. There is no way we could have gone through this without your help and support. We love you all!

Donnie Gene Griffith was born September 7th, 1950 in Wynnewood, Oklahoma to Harold Lee and Thelma Ruth Griffith. He grew up on the West side of Tulsa, Oklahoma graduating from Daniel Webster High School in 1969. Donnie proudly served our country... View Obituary & Service Information

The family of Donnie G. Griffith created this Life Tributes page to make it easy to share your memories.