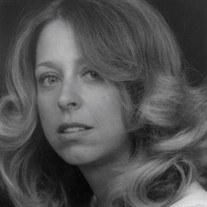 Dudlee Ann Linger, former private investigator and retiree from the Tulsa County Sheriff’s office, died Saturday, March 26, 2022, in Naples, Florida, while visiting with her youngest daughter, son-in-law, and his parents. She had been battling breast cancer off and on for 12 years and had had a third reoccurrence in January of 2020. At one time she was not expected to make it to Christmas of 2020. Fortunately, she was able to live for more than two years and be able to spend additional time with her family. She was the daughter of Colonel William Evans Darnell and Eda Belle (Smith) Darnell. Since her father, a World War II B-24 bomber pilot who won the Distinguished Flying Cross and was later a B-52 pilot for the Strategic Air Command, was an officer in the United States Air Force, she lived near several Air Force bases in the United States and England while growing up, as well as living with her grandmother in Union City, Tennessee. She was a 1965 graduate of Enid High School and was educated at Campbell University in North Carolina, Tulsa Junior College, Langston University in Tulsa, and did graduate study in the University of Oklahoma. Her degrees from Tulsa Junior College and Langston University were both granted with highest honors. Prior to her work and retirement from the Tulsa County Sheriff’s office as a corporal, she had her own private detective agency for many years, Shadow Investigations, where she worked on many domestic and criminal cases in Tulsa and surrounding counties in Oklahoma, as well as in other states. She also previously worked as the Planner for the Rideshare program with the Indian Nation Council of Governments Metropolitan Tulsa Transit Authority, Director of Eastern Oklahoma Health Fair programs for the National Health Screening Council, Mediator and Trainer for Project Early Settlement for Tulsa Court Systems and various legal agencies and entities, and then Grant Manager and Project Director for the U.S. Department of Justice assigned to work in the Tulsa County District Attorney’s office in order to train police officers, sheriff’s deputies, and prosecutors as to how to properly handle domestic violence cases back in the late 1980’s. She was a member of Phi Theta Kappa, the Boston Avenue United Methodist Church, and the Order of the Eastern Star. Her greatest passions in life were her family and friends, cooking, photography, the novels of James Gould Cozzens and D. Keith Mano, the ocean, a family genealogy book which she wrote in 2003 for her children after several years of research, and her grandchildren. She is survived by her husband of over forty years, James Carter Linger, of Tulsa, Oklahoma; a sister, Minelle Batson and her husband, Don, of Olathe, Kansas; three daughters, Tamara Linger Kindell and her husband, Tim, Candia Lynai Fields, and Natasha Ann Hnizdo and her husband, Tomas, all of Tulsa, Oklahoma; and one son, Phillip Darnell Binford and his wife, Rissa, also of Tulsa, Oklahoma; and eight grandchildren, Jordan, Zachary, Jessie, Blake, Parker, Lydia, Mason, and Rea. She was preceded in death by her parents and one grandson, Terrence Carter (T.C.) Cherry. A viewing will be held on Wednesday, April 6, 2022, between 4:00 and 6:00 p.m. at Floral Haven Funeral Home in Broken Arrow. Services will be held at 3:00 p.m., Thursday, April 7, 2022, at Floral Haven Funeral Home, with the Reverend Keith McArtor officiating. Interment will be at the Floral Haven Memorial Gardens, Broken Arrow, Oklahoma. ***Services will be live streamed starting at 2:55 PM on Thursday, April 7, 2022. To view the service live, please click on the following link: http://webcast.funeralvue.com/events/viewer/71902

Dudlee Ann Linger, former private investigator and retiree from the Tulsa County Sheriff&#8217;s office, died Saturday, March 26, 2022, in Naples, Florida, while visiting with her youngest daughter, son-in-law, and his parents. She had been... View Obituary & Service Information

The family of Dudlee Ann Linger created this Life Tributes page to make it easy to share your memories.

Send flowers to the Linger family.