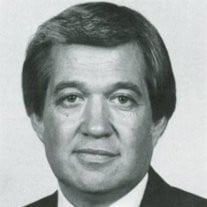 Price, Duncan B. “Spud”, 79, of Jenks, answered his heavenly Father’s call on Sunday, September 29, 2013. Spud was simply an icon of Jenks. He was born in Chicago, Illinois on July 28, 1934, the son of Prescott and Ruth Price. He served his country in the U.S. Navy during the Korean War. He had worked as a marketing manager for Telex. Throughout his career, he was known as “make it happen Duncan”. On November 4, 1972 he married Myrna Morris in Tulsa. Spud is survived by his loving wife, Myrna, 7 children, Linda Rushing, and her husband, David, of Tulsa, Kelly Glenn, of Tulsa, John P. “Skip” Price, and his wife, Lorna, of Terlton, OK, Paula Logston, of Tulsa, Edward “Joe” Rawls, and his wife, Julie, of Sand Springs, Anthony R. Rawls, and his wife, Trudy, of Springfield, MO, and Keith Rawls, of Tulsa, 6 grandchildren, 6 great-grandchildren, sister, Priscilla “Penny” Tobler, his beloved pets, Jazzie and Pedro, and numerous other family members and friends. He was preceded in death by his parents.

The family of Duncan B. “Spud” Price created this Life Tributes page to make it easy to share your memories.