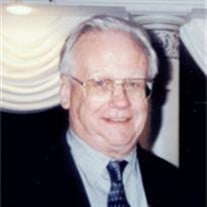 Kruse â?? Eldon Ernest â??Ernieâ?, born December 22, 1939 in Henry County, Ohio, died peacefully with family at his side March 19, 2011.Â  Ernie graduated from Tri-State College (now Trine University) in Angola, Indiana in 1964 with a Civil Engineering degree and served in the National Guard.Â  He moved to Tulsa to work at Dresser Engineering when he was recruited by â??old man Dresserâ? himself and retired from Linde Process Plants in 2009, spending his entire 45-year career as a Professional Engineer with these two employers.Â  Ernie had many diverse hobbies over the years from attaining his private pilot license, golfing, bowling, reading, motorcycling, watching professional and collegiate sports and being an avid dirt track, Nascar and Indy car race fan.Â  Ernie was the proud â??Pappyâ? of his most adored granddaughter Ashlyn Lee Kruse.Â  He was preceded in death by his wife Peggy Jo Kruse in 2003 after 16 years of marriage, his parents Edwin and Carolina (Von Seggern) Kruse, two sisters, Darlene Schwiebert and Marietta McNiel and his nephew Adam Kruse.Â  Besides his angel Ashlyn, Ernie is survived by his daughter Cheri Lynn Kruse and her mother, Connie Kruse of Texas; brother Tom Kruse and his wife Becky of Tulsa; brother Dan Kruse and his wife Karen of Ohio, sister Vernie Miller and her husband Jon of Indiana; sister Lori Bickel and her husband Brian of Ohio; many nieces and nephews and their families throughout the country; and stepsons Cory and Skeet Preston and step-granddaughter, Cassidy Preston.Â  Ernie will be long remembered for his intelligence and wisdom, his joking laughter and his mischievous teasing.Â  We will celebrate our love for and the time we had with Ernie with visitation on Wednesday from 5pm-8pm and the funeral service at 10am, Thursday, March 24, 2011 at Floral Haven Funeral Home. 252-2518.

The family of Eldon Ernest Kruse created this Life Tributes page to make it easy to share your memories.