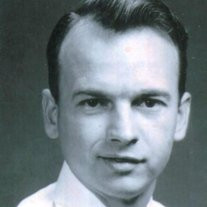 Faris Lee Emison, 82, of Tulsa, Oklahoma passed away Friday, January 3, 2014 at the Claremore Veteran Center. He was born April 8, 1931 in St. Louis, Missouri to Ernest Lee and Elizabeth Bell Emison. The family moved several times during his youth between Kansas City and Tulsa. He enlisted in the U.S. Air Force six days into his 17th birthday, serving 4 years, with special duty assignments in Okinawa, Japan and the 3320th Supply Squadron at the Amarillo Air Force Base. Upon his discharge, he enrolled at William-Jewel College and soon after, went to work at General Motors in Kansas City where he met and married Cathy Mann. Relocating in Tulsa, he started a career with the U.S. Postal Service ending by working in security service before retiring. Faris was an avid Sooner football fan, but most of all, a man with a heart for the needy. For years, he would sacrifice nearly a fifth of his income to charities like Special Olympics, St. Judes and American Vets. He had a wonderful sense of humor, never envied others success, didn’t have a jealous bone and was void of profane remarks about others – he will be missed. Faris was preceded in death by his parents and three sisters, Bettye Shannon, Barbra Linn and Mary Sue Nichols. He is survived by his children: Mark Emison, Tulsa, Joy Emison Phillips, Tulsa and Greg Emison of Burbank, California; and, Terri Ojala of Owasso; five grandchildren; seven great grandchildren and, one great great grandchildren; and six nephews and nieces. A memorial service will be held at 3:00 P.M., Friday, January 10, 2014 at Floral Haven Funeral Chapel.

The family of Faris Lee Emison created this Life Tributes page to make it easy to share your memories.