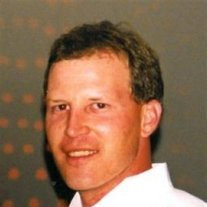 Frederick “Fred” Leslie Ebling was born in West Chester, Pennsylvania to Geraldine “Gerie” and Fred T. Ebling on August 7th, 1963.Fred attended kindergarten, 1st and part of 2nd grade in Pennsylvania.Fred T. worked for the credit card department at Sun Oil Company at the time. And in January 1971, with the oil boom in Tulsa, the Sun Oil Company transfered Fred T. to Tulsa so the Ebling family came to T-town.Fred started the second semester of second grade at Franklin Elementary. Fred was involved in Cub Scouts, baseball and football during this time and he began making lifelong friendships with some of his classmates and teammates.In the fall of 1975, Fred started school at Wilson Junior High. Fred remained involved in baseball, football and other activites including the Bi-Centennial Celebration in 1976, the school paper drives, the talent show and like many kids Fred’s age had a paper route.In the fall of 1978, Fred started his sophmore year at Will Rogers High School. Fred continued to remain active in sports including track & field and football. During his high school years he worked at the Rose Bowl, the Country Store and a few other places in Tulsa. Fred was a proud member of the graduating class of 1981.After high school, Fred started working at Sun Oil Company as a production engineer in the mailroom.While working at Sun Oil, Fred’s father passed away suddenly.While working at Sun Oil, Fred met Sheila Rice and they married in 1986. And out of that marriage, they had one son, Chad who was born August 26, 1986.That marriage ended in divorce and later Fred and Chad moved back east to Downingtown, Pennsylvania, where he lived with his grandmother “Nan”.Fred was involved with Chad’s football and baseball games and attended all of Chad’s games no matter what the weather.While in Downingtown, Fred met Michele Mitchell and they were married, April 24th, 1998. To their marriage they had two sons, Brandon who was born March 11th, 1999 and Dalton, June 8th, 2003.They lived in Downingtown and Fred worked at Alcoa, until that plant closed. After Alcoa, Fred worked at other temporary jobs, while taking care of Nan who had become ill. Soon after Nan passed, Fred relocated back to Tulsa to be with family, lifelong friends and Brandon and Dalton who had relocated to Stigler, OK with their mother.Fred always enjoyed the time he was able to spend with Brandon and Dalton when he would go to Stigler. Whether he was going to watch football games, fishing with the boys, or just hanging out with them he was always eager to tell his friends about his time with the boys.Once Fred moved back to Tulsa he immediately became involved in helping plan the 30 year high school reunion for the class of 1981, where he re-kindled many longterm friendships.After Fred came back to Tulsa he had a hard time finding a job. But after he interviewed with the Bank of Oklahoma they realized he was the perfect fit for the job he had interviewed for, since it was similar to the job and machine he had run at the Sun Oil Company so many years ago.Fred was employed by the Bank of Oklahoma as a Production Engineer at the time of his death.Fred was always willing to help out friends in need and was recently involved in helping with fundraisers for the Moore tornado victims.Fred passed away suddenly on Monday, July 1st at the age of 49 years.Fred was preceded in death by his father, Fred T. Ebling and sister Arlise Barham. He is survived by Michele Ebling of Stigler, OK and three sons, Chad of Pennsylvania, Brandon and Dalton of Stigler.He is also survived by his mother and step-father Geraldine and Arlis Barham, sisters Lisa Ebling and Cynthia Abel of Tulsa, sister and brothero-in-law Rebecca and Tom Aleshire of Owasso, brother and sister-in-law Ray and Brandy Barham of Dallas, stepson Ian Malpass of Pennsylvania and a host of aunts, uncles, neices, nephews and cousins.

The family of Fred L. Ebling created this Life Tributes page to make it easy to share your memories.