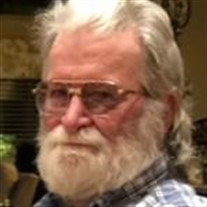 Fred “Steve” Jennings, went to be with the Lord, Friday, February 4, 2022, after battling COVID-19 and pneumonia for over three weeks. Steve took his last breath peacefully with family at his side, following a prayer with the Chaplin. Steve was born on January 5, 1959, to Albert and Patricia Jennings in Midwest City, Oklahoma. Steve’s family moved to Missouri, Kansas, and Colorado Springs before coming to Broken Arrow Oklahoma in 1975. Steve and his younger brother Mike enjoyed growing up in Colorado Springs where they rode motorcycles with the mountains in their backyard, starting at age 11. Steve began his love for cars, trucks, and motorcycles according to his mother, “as soon as he learned to walk”. While growing up he played guitar, rode motorcycles, worked on cars, and spent time outside with the family pets especially their dog, Mitzi. Steve graduated from Broken Arrow High School in 1977 and then went to Oklahoma State Tech in Okmulgee for an auto body repair degree. He worked for a few years at Auburn Cord Duesenberg where they built classic cars which were his passion. Steve later worked at Arrow Concrete company for many years where he demonstrated a strong work ethic and had various responsibilities. Steve has been living in Strang, Oklahoma on Lake Hudson for the last 9 years. He fully enjoyed being outside with his animals including chickens, guineas, 2 snakes, three cats, and his dog, Shorty. He also enjoyed riding his Harley Davidson motorcycles in addition to having nice pickups to drive. Steve loved riding motorcycles most of his life and had a passion for Harley Davidson. He will always be remembered as having such a kind, loving, and nurturing heart. He was helpful to his neighbors as well as others who lived in Strang, Oklahoma by mowing their lots for free and taking them to town. Steve was predeceased by his father Al Jennings. He is survived by his mother Patricia Jennings of Tulsa, his brother Mike and wife, Tracey Jennings, niece and nephew, Mallory Cobb, and Holden Cobb of Broken Arrow, Oklahoma. He will be missed by so many friends, family, and the animals he has nurtured and loved. Steve will be laid to rest at Floral Haven Cemetery on Friday, February 11, 2022, at 2:00 pm at the Rose Chapel. To view the services via webcasting use the link below: http://webcast.funeralvue.com/events/viewer/68834/hash:2BAA531DEB573BB9

Fred &#8220;Steve&#8221; Jennings, went to be with the Lord, Friday, February 4, 2022, after battling COVID-19 and pneumonia for over three weeks. Steve took his last breath peacefully with family at his side, following a prayer with the Chaplin.... View Obituary & Service Information

The family of Fred Steve Jennings created this Life Tributes page to make it easy to share your memories.

Fred “Steve” Jennings, went to be with the Lord, Friday, February...

Send flowers to the Jennings family.