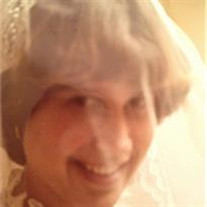 Gail Miriam (Jackson) Kobilnyk was born September 17, 1957 to Raymond and Jeanne Miller Jackson in Glendale, California. She was blessed with the love of two older brothers, Randy and Phillip. As her parents were actively involved in ministry, outreach and mission work, Gail spent her whole life knowing the Lord Jesus and His love. She was active in the churches she attended, singing in the choir, participating in Sunday School and contributing many hours and much attention to the needs of her brothers and sisters in Christ.Â She attended Glendale High School in Glendale, California, graduating in 1975. She then attended Life Bible College in Los Angeles, California for several years, forming lasting friendships and cementing her fervent love for Christ. She met her future husband Michael Kobilnyk a few days before Labor Day in 1977 and was married December 9 shortly thereafter that same year. Gail was called to be a homemaker of extraordinary proportions and spent her life providing a wonderful home and delicious food to her family, which would grow to include three sons, whom she was blessed to watch grow to manhood and shared a strong spiritual companionship with each in their own way. She was so grateful to see her son David graduate from Oral Roberts University in 2010 and to attend the marriage of her son Jonathan in May of the same year. She was humbled by the grace and significance of her youngest son Steven and the nobility of his future calling. Gail was known for her open, loving manner and affectionate attentions to all she met, whom she considered and treated as family. She never met a stranger and seldom missed an opportunity to walk in love. Upon her passing, she met not only with the embrace of her Lord and Savior Jesus Christ, but also with her father, Raymond, who had passed about a year previously. She now abides in her inherited New Jerusalem, patiently awaiting the arrival of her loved ones, including her mother, Jeanne and her husband of 34 years Michael. She is also survived by her three sons, Jonathan, David and Steven and Jonathanâ??s wife Alicia, as well as her brother Randy Jackson, his wife Debbie and her brother Phillip Jackson and his wife Ann. She passed away into her Lordâ??s company in the early hours of November 22, 2011 in her home, surrounded by her family and their love. She was a fount of many blessings and love, which makes her sudden passing especially poignant, yet in the wake of these events, her family has been shown such an abundance of love and support that their hopes for the amount of love in the world were buoyed. We now know that even as the seed falls into the earth and dies, it bears much fruit. Gailâ??s love is not diminished in her passing but greatly increased and widely dispersed throughout the world. We are humbled and gratified by the deluge of support that has been lavished upon us and earnestly thank each and every one of our brothers and sisters in Christ for their concern, prayers and kind actions. Let us all honor Gail by honoring the God she so rightfully devoted her life to and walking in love, as she strove every day to do so. God bless you all.

Gail Miriam (Jackson) Kobilnyk was born September 17, 1957 to Raymond and Jeanne Miller Jackson in Glendale, California. She was blessed with the love of two older brothers, Randy and Phillip. As her parents were actively involved in ministry,... View Obituary & Service Information

The family of Gail Miriam Kobilnyk created this Life Tributes page to make it easy to share your memories.