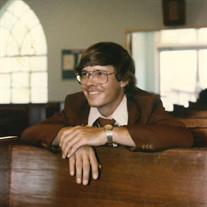 Gary Lee Birman passed away on 27 Feb, 2021 at age 58, over the typical age of an unfortunate person to inherit Huntington’s disease. He was born in Battle Creek, Michigan on 20 Oct, 1962 to Wilfred Birman and Mary Louise McKeel. He moved with his parents to Phoenix, Arizona as a child and attended Madison Elementary school, and Jr. High. He continued highschool at Cal Farley’s Boys Ranch where he was known to have a great sense of humor, and made many friends as seen by the many comments in his year books. He won 1st, 2nd places in field and track sports, and demonstrated potential to do fine graphic arts. He complete his GED later on, and entered the Navy, June 23, 1982 to May 25, 1984 where he received a meritorious unit commendation, Battle “E” ribbon, and navy expeditionary medal. He served mostly in engineering of the aircraft carrier, USS John F Kennedy, of which he continued to be proud. He moved to Tulsa, Okla. In the ‘80’s, then Cleveland, Okla. Last April, 2020. As Huntington’s began to take more of his skills away, he lost social awareness, writing coordination, and eventually the ability to write, read, or concentrate on the wonderful collection of classic music and movies, of which he had a vast collection. As he lost the ability to ride his bike and had multiple falls, his joys in life were slipping away. In spite of all this, he showed great perseverance to retain his independent living, assisted by his aunt, Fatma McKeel. His greatest loves were touring the Bush Gardens, NASA, watching the planes take off from the carrier or in an air show in Okla. City, the many pets his family had, his parakeet, his old truck, his bike, and riding in Mohawk Park in Tulsa, Oklahoma. We will miss you, Gary. As he said to Fatma every day, and also, as he wrote on his final disposition a few years ago, “Thanks for everything.” He is survived by his sister, Cindy Espinoza of Phoenix, his step father, Alan Cahill of Phoenix, his aunt Fatma McKeel of Cleveland, two uncles and several nieces and nephews. Gary requested no lying in state, and to be cremated. This was compete at the services of Floral Haven, Tulsa, and was attended by Fatma, her cousin, Kathleen Taylor, Gary’s uncle, John McKeel, and a long term work mate of Jaguar services, Ron Turman. His sister Cindy Espinoza sent a living plant, and cards of well wishes were read from Cindy and Al Cahill.

Gary Lee Birman passed away on 27 Feb, 2021 at age 58, over the typical age of an unfortunate person to inherit Huntington&#8217;s disease. He was born in Battle Creek, Michigan on 20 Oct, 1962 to Wilfred Birman and Mary Louise McKeel. He moved... View Obituary & Service Information

The family of Gary Lee Birman created this Life Tributes page to make it easy to share your memories.

Send flowers to the Birman family.