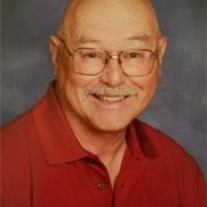 Geary Alden Schwartz, 72, of Broken Arrow passed away at his home on October 14th, 2019. He was born on October 8th, 1947 in Rapid City, South Dakota to Oscar and Mildred (Mickey) Schwartz.He attended First Baptist Church of Broken Arrow. He enjoyed square dancing for many years, as well as all styles of dancing, and never passed up an opportunity to dance with the love of his life wherever they were. He was also an avid bird hunter, fisherman, golfer and traveler, and loved spending time teaching others how to fish, golf or shoot.He grew up in Ada, OK and later moved to Tulsa where he attended Edison High School. Geary was a proud Navy Veteran, serving from 1964 to 1972, including 3 tours in Vietnam. He loved life to the fullest and was very active in the community. He was a Mason and a member of the Akdar Shrine of Tulsa, where he enjoyed participating in the Mini Kar unit. He loved helping others and is recognized for his many years of coordinating the annual Fourth of July fireworks display for Timberbrook neighborhood.Geary had a long career in Sales, and later as a multiline insurance adjuster, eventually forming his own business, Northeast Oklahoma Insurance Appraisal Service from which he retired. Geary is preceded in death by father Oscar Schwartz, mother Mickey Cox and brother David Ray Grey. Geary is survived by his wife of 40 years Kay Schwartz, sister Diane Milligan of Sand Springs, brothers Michael Schwartz of Broken Arrow, Larry Schwartz of Ada, daughters and Stacy Schwartz of Midlothian, Texas; daughters,Christine Bodin, Jeana Kelley, Deborah Bozarth, Lorrie Lasse, son Wes Hardin and brother-in-law Gordon Christopher.  Geary was also blessed with 9 grandchildren and 4 great grandchildren.His brother-in-law, Gordon Christopher, will be officiating at Geary’s Celebration of Life. A Celebration of Life will be held November 23, 2019,  American Legion, 11328 East Admiral Place, Tulsa, Oklahoma @  3:00 PM. Geary was known as the life of the party and had many people who loved him and called him Friend.

Geary Alden Schwartz, 72, of Broken Arrow passed away at his home on October 14th, 2019. He was born on October 8th, 1947 in Rapid City, South Dakota to Oscar and Mildred (Mickey) Schwartz.He attended First Baptist Church of Broken Arrow. He... View Obituary & Service Information

The family of Geary Schwartz created this Life Tributes page to make it easy to share your memories.

Geary Alden Schwartz, 72, of Broken Arrow passed away at his...