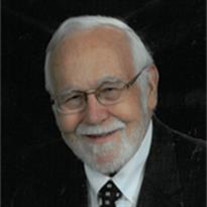 George Gibson George Gibson, 83, died Saturday, September 24. Services are 10 a.m. on Tuesday, September 27 at Floral Haven Funeral Home.Â  Graveside services are at 1:00 p.m. on Wednesday, September 28 at Mt. Olivet Cemetery in Pauls Valley. George was born August 30, 1928, in Pauls Valley, Oklahoma, to George and Mary Gibson.Â  The family moved to Texas during the war where he grew up with sister, Carol and graduated from Arlington High School in Fort Worth, Texas He attended the Kansas City Institute of Art and the University of Oklahoma.Â  George served in the 45th National Guard during the Korean war.Â  After his service, he moved back to Oklahoma City and shortly after that he met and married Pauls Valley school teacher, Maxine Webb on October 1, 1955.Â  The couple celebrated their 50th wedding anniversary in 2005 at a reception in Tulsa hosted by their children and attended by a large group of family and friends.Â  George worked as a Technical Illustrator at Tinker Air Force Base, the Federal Aviation Agency and retired from the US Postal Training Operation in Norman in 1981. He was a gifted artist and enjoyed penning cartoons and writing short satirical notes and letters.Â  He also enjoyed spending time reading a variety of books and news publications.Â  He had a great sense of humor, laughed easily and enjoyed making other people laugh. George Gibson is survived by his wife, Maxine and three children, Jane Shirley and husband Dave, of Denver, Georgia Johnson and husband Joe, of Tulsa, David Gibson of Tulsa and four grand-children, Andrew Shirley and Cole, Courtney and Connor Johnson.Â  His first-born son, Kenneth Allen Gibson, preceded him in death in 1957. Memorials may be made to The Hospitality House of TulsaÃ¢â?¬Â¨1135 S Victor Ave. Ã¢â?¬Â¨Tulsa, OK 74104Ã¢â?¬Â¨(918) 794-0088.Â  Online condolences may be shared at www.floralhaven.com Arrangements are through Floral Haven Funeral Home.

The family of George Allen Gibson created this Life Tributes page to make it easy to share your memories.