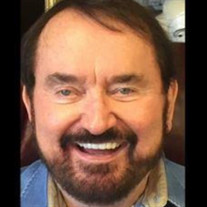 Gerald Lee Murphy Sr. (Jerry) passed away comfortably in his sleep on November 9, 2021 at the age of 82. Jerry was born in Sioux Falls, South Dakota on February 21, 1939. He was preceded in death by his Father John and Mother Gladys (Larson) Murphy. Jerry grew up in the amusement industry and was a second-generation amusement business owner, he was a passionate visionary and innovator in the business. As an innovator, he was Chairman of the Board for the Worldwide Amusement Corporations. He guided the business through acquisitions and mergers with other big carnivals and fairs. Jerry was a true supporter of the agriculture programs for the youth including the FFA and 4H. Through his many years in the amusement business he pioneered many innovations as far as operations and standards. He truly devoted his life to the industry. He was President of the Hot Springs Showmen’s Association in 1966, President of the St Louis Chapter of the Showmen’s League of America in 1975, President of the Showmen’s League of America in 1980, President of the Outdoor Amusement Business Association in 1983, he was also a member of various Fair and Associations across the country. Jerry provided the carnival midway for some of the largest state fairs in the country along with numerous county fairs. Jerry also provided the midway operations for the World’s Fair 1982 in Knoxville, TN. He provided carnivals and festivals in Puerto Rico, and Venezuela. Jerry was also active in many fraternal organizations including the Masons, where he earned the right of being a Jester. Even though he accomplished many great things in his lifetime, he was most proud of his family. He enjoyed taking family vacations, having family gatherings, and spending each and every holiday with us all. Jerry was truly larger than life, he enjoyed entertaining people with his unique wit and contagious personality. He was a man of faith and loved our Lord God, may he Rest in Peace. Jerry is survived by his loving fiancé of many years Julia V. Bedwell, as well as former wives Connie and Loretta. Sibling: (Loving Brother) James Murphy Sr. wife Linda. Jerry is lovingly remembered by his Children: (Son)Jerry Murphy Jr. wife Cathy, (Son) Bryant Murphy wife Michelle, (Daughter)Melissa Foster husband Michael, (Daughter) Jerra Murphy, (Son) Jonathan Murphy, (Daughter)Amber Woessner husband Brad, (Son)Bradley Beck, (Sons) Marcus & Jonathan. Grandchildren: Jessica Benham husband Matthew, Jennifer, Courtney, Bryant II wife Sara, Austin, Corbin, Abbigail, Christian, Dillon, Logan, Greyson, Ryder, Louie, Frankie, Aiden, and Avery. Great-Grandchildren: Branden and Cooper Benham, and Barrett Murphy. Nieces and Nephews: Dawn husband Michael, Tracy husband Charles, James Jr., and April. Along with many Great Nieces, Nephews and extended family. Funeral services will be held at Church of Saint Mary 1347 E. 49th Place Tulsa, Oklahoma 74105 on Thursday, November 18th, 2021 at 1:00pm with Father Gleason officiating. In lieu of flowers, memorial donations may be made to Church of Saint Mary Tulsa, Oklahoma. Condolences for the family may be offered online at https://www.floralhaven.com/

Gerald Lee Murphy Sr. (Jerry) passed away comfortably in his sleep on November 9, 2021 at the age of 82. Jerry was born in Sioux Falls, South Dakota on February 21, 1939. He was preceded in death by his Father John and Mother Gladys (Larson)... View Obituary & Service Information

The family of Gerald Lee Murphy Sr. created this Life Tributes page to make it easy to share your memories.

Gerald Lee Murphy Sr. (Jerry) passed away comfortably in his...

Send flowers to the Murphy family.