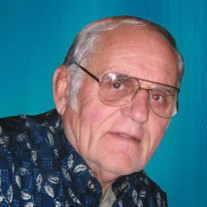 Glenn LeRoy Biesecker, 89, of Broken Arrow, Oklahoma, passed from this life on Saturday, July 31, 2021, at Saint Francis Hospital. He was born July 11, 1932, in Altenwald, Pennsylvania, at the home of his parents, Joseph Welty and Edna Mae (Garvin) Biesecker. He was married in 1952 to Frieda Cole. He later married Renee (Sipes) Beavers on September 25, 1971. Glenn is survived by eight children: Sharon Brewer and her husband Robert of Covington, Indiana; Melanie Biesecker of Sun City, Arizona; Denny Beavers and his wife Danni of Jonesboro, Arkansas; Tim Biesecker and his wife Tina of Covington, Indiana; Taylor Roberts of Tulsa, Oklahoma; Mark Biesecker of Paradise, Michigan; Debbie Robinson of Tulsa, Oklahoma; and Becky Lowe of Tulsa, Oklahoma. He is also survived by one sister, Phyllis Foreman and her husband Richard of Chambersburg, Pennsylvania; eleven grandchildren; eleven great-grandchildren; and several nieces, nephews, friends and extended family members. He was preceded in death by his parents and his wife, Renee. Glenn was of the Christian faith and a member of Spirit Life Church in Tulsa at the time of his passing. Glenn was a hard worker all his life. He learned at an early age to farm with horses and worked for local farmers when not in school. Glenn graduated in 1950 from Chambersburg Area Senior High School while enrolled in the Vo-Tech program where he developed his interest in working with steel. He was a Staff Sergeant in the Air Force from 1950-1954. After leaving the Air Force, he then settled in the Covington, Indiana, area where he was co-owner of Steel Craft Products, Inc. for over 25 years. His company was instrumental in the fabrication of the bleachers for the Covington Trojan complex, a multi-sports facility for the local Covington High School. He volunteered many hours during the summer of 1976 when this facility was built. He traveled with the Renee Biesecker Evangelistic Ministry from 1980-1984. Moving to Oklahoma in 1984, Glenn started his own construction company, B & B Construction, and worked for many years remodeling Arby's Restaurants in the Oklahoma City area, before retiring in 2001. After retiring, Glenn and Renee moved to Lake Eufaula, Oklahoma, where he enjoyed many years of fishing and spending time with his children and grandchildren. Other hobbies through the years included hunting, snowmobiling, and mushroom hunting. Funeral services will be held at 3:00 p.m. on Tuesday, August 3, 2021, in the Floral Haven Funeral Home Chapel with Pastor Tommy McLaurin officiating. Visitation will start one hour prior to services. ***Services will be live streamed starting at 2:55 p.m. on Tuesday, August 3, 2021. To view the service live, please click on the following link: http://webcast.funeralvue.com/events/viewer/57951

Glenn LeRoy Biesecker, 89, of Broken Arrow, Oklahoma, passed from this life on Saturday, July 31, 2021, at Saint Francis Hospital. He was born July 11, 1932, in Altenwald, Pennsylvania, at the home of his parents, Joseph Welty and Edna Mae... View Obituary & Service Information

The family of Glenn LeRoy Biesecker created this Life Tributes page to make it easy to share your memories.

Send flowers to the Biesecker family.