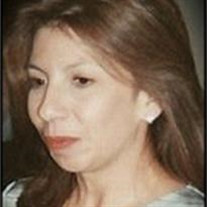 Gretchen was born Greta Jane Sullateskee on September 20th, 1954 in Claremore, Oklahoma.Â  Gretchen was the loving and loyal daughter of Gladys Sullateskee.Â  She spent her early childhood in Tulsa, Oklahoma where she attended Osage Elementary School.Â  Gretchen later attended Sequoyah High School in Tahlequah, Oklahoma and graduated in 1972.Â  While attending school there, she was always involved in many school organizations. Â She enjoyed activities such as student council and cheerleading.Â  Her senior year, she won the title of Miss Sequoyah in a pagent she decided to enter on a whim.Â  After graduation, she decided to further her education and attended Haskell Indian Nations University in Lawrence, Kansas.Â  Â Â Â Â Â Â Â Â Â Â Â  At age 20, Gretchen was married to Raymond Bumgarner in 1975 and was married for 16 years.Â  This union was a blessing that produced two beautiful daughters, April Dawn and Melissa Ann. They raised their family in Tulsa and then in Terlton and Cleveland, Oklahoma.Â  Gretchen was very involved in her daughtersâ?? lives.Â  She volunteered in their classrooms, coached their cheerleading squads, and designed many homecoming dresses and Halloween costumes.Â  She always made her home warm and inviting for her daughters and their friends.Â  Gretchen was always full of life. She was rarely seen without one of her many beautiful smiles on display, no matter the weather. She loved reminiscing about her shopping trips downtown with her family as a little girl.Â  She was always so proud to be her motherâ??s daughter.Â  Some things never change.Â  Whether you knew Gretchen then, or know her now, your opinion of her would be the same because her good soul remains the same.Â  When her daughters graduated, Gretchen moved back to Tulsa, where her family lived. Upon moving to Tulsa, she became the office manager for a wireless company. In her spare time, she loved spending time with her family and catching up with old friends .Â  She was always excited about her annual Sequoyah High School reunion. Her mother had always valued family and friends, as did she.Â  Gretchen was a very independent individual who wasnâ??t afraid of what tomorrow may bring.Â  She never lived in yesterdayâ??s past, she focused on today.Â  Perhaps, thatâ??s what drove her loving spirit and helped to keep her worries at bay. My dearest Gretchen, â??Sueâ?, Mom, Gigi, you are loved and will always be loved, forever and ever….always.Â  Â  Gretchen is survived by her daughter Melissa Bumgarner; daughter, April Sparks and husband, Grant; brother, Kenneth Sullateskee; sister, Sandy Sullateskee; and granddaughter, Avery Sparks; as well as other dear relatives and friends.

Gretchen was born Greta Jane Sullateskee on September 20th, 1954 in Claremore, Oklahoma.Â  Gretchen was the loving and loyal daughter of Gladys Sullateskee.Â  She spent her early childhood in Tulsa, Oklahoma where she attended Osage Elementary... View Obituary & Service Information

The family of Greta Jane “Gretchen” Bumgarner created this Life Tributes page to make it easy to share your memories.