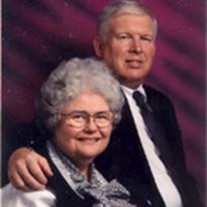 Harold Monlux went to be with his maker of January 6, 2005, after fighting a long and hard battle with Alzheimer’s Disease for 9 years. Harold was born in Omaha, Nebraska, August 18, 1941. He moved with his parents to Sioux City, Iowa, at the age of 2. He gradated in 1960, from Central High School, in Sioux City, Iowa and moved to Tulsa, Oklahoma, where he he attended Tulsa University graduating in 1964 with a BS in Petroleum Marketing. He was in ROTC and after graduation from TU was commissioned as a 2nd LT. in the USAF. He attended pilot training at Vance AFB in Enid, Oklahoma, graduating in 1966. Harold served in Vietnam with the 559th TAC Fighter squadron stationed at Cam Rahn Bay, South Vietnam. He was shot down on November 11, 1966, and was a POW in Hanoi, North Vietnam for 6 years and 4 months. He was awarded the Silver Star, 2 Purple Hearts, The Bronze Star, and the Legion of Merit with 2 Oak Leaf Clusters. After returning from South East Asia he was stationed in San Antonio, Texas, where he attended a flight refresher course. He was then assigned to Fairchild AFB Survival School in Spokane, Washington, as an instructor. Harold and his family, moved back to Tulsa, Oklahoma, to make their their home in 1975. He served in the Oklahoma House of Representatives from 1976 through 1980. He was a raltor with John Hausam Realtors during that time. Harold remained in the AF Rserves, and served as Commander of AFIS IRD 42 from August 1981 through December 1986. He retired as a full Colonel after 20 years of service. He was preceded in death by his father, DeLoss Monlux. The family requests in lieu of flowers, memorial contributions be made to the Tulsa Chapter of the Alzheimer’s Association, or to Oasis Adult Day Services. Interment will be at Memorial Park in Tulsa, Oklahoma.Survived By: his mother: Margaret Monlux of Sioux City, Iowa; his wife of 41 years: Carol Lynn of the home; daughter: Tammy Monlux of Tulsa, Oklahoma; and two teenage grandchildren Brittany and Daniel Castillo of Tulsa, Oklahoma; his brother and sister-in-law: Raymond and Penny Monlux of Sioux City, Iowa; a sister Marilyn Monlux of Sioux City, Iowa; a brother-in-law: Ken and his wife Charlene Simmons of Wagoner, Oklahoma; and a host of nieces, nephews and friends.

Harold Monlux went to be with his maker of January 6, 2005, after fighting a long and hard battle with Alzheimer&#8217;s Disease for 9 years. Harold was born in Omaha, Nebraska, August 18, 1941. He moved with his parents to Sioux City, Iowa,... View Obituary & Service Information

The family of Col. Harold DeLoss Monlux created this Life Tributes page to make it easy to share your memories.