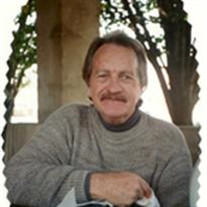 Born in Oklahoma City, April 4, 1937, the first of three children to Harold and Wilma Pickens, Harold L. â??Halâ? Pickens, Jr. lived life with passion, earning devoted fans and acclaim in the entertainment world as a radio celebrity and the love of his family and friends with his sweet spirit, generous nature, quick sense of humor and undying love, especially for his beloved wife, Barbara. After a long illness, Hal died Monday, July 19, at Clarehouse in Tulsa.Â It was in 1955 at the then-Catholic High School in Oklahoma City where Hal found validation for what was in his heart. After reviewing his aptitude test scores, the nuns informed him he was destined to be an entertainer. Not many people made it in the entertainment world at that time, so when Hal graduated he went on to study engineering at the University of Oklahoma and Oklahoma State University. But the young man who had excelled at early â??expression lessonsâ? arranged by his intuitive mother was fascinated by the emerging medium of radio. He confessed he made a pest of himself, frequently calling to chat with the OSU station deejays. One night the relief deejay couldnâ??t work his shift, and Hal was asked if he could fill in. That was the start of a brilliant career in radio that took Hal from Oklahoma to Iowa, Texas, Atlanta, Miami, San Francisco/Oakland, New York and Los Angeles, where his work at KFWB Radio earned him Billboard magazineâ??s nod as 1965â??s most popular disc jockey in the U.S. He was one of a selected cadre of deejays whose opinions were sought out for the Gavin Reportâ??s Top 40 listings. With an instinct for what would become a hit, he broke Sonny and Cherâ??s first record while working in Atlanta. In addition to deejaying, Hal did stand-up comedy, wrote music, emceed concerts and produced records for Jimmy Holiday. It was during a rock concert that Hal fell and crushed his knees, precipitating his return to Oklahoma City for surgery. He later moved to Tulsa, where he has since made his home. After surviving several serious health challenges, Hal was regaled by Tulsaâ??s MedCenter doctors for seemingly having nine lives. In dealing with stroke-induced limitations on his abilities, he found great comfort in Christ and with his friends at Grace Church. Hal is survived by his wife, Barbara; his son, Charlie Pickens and wife, Irene, and their two children, Halâ??s grandchildren, Ashley and Matthew Pickens, of Hollywood, FL; son, Kenneth Michael Latham, of Austin, TX; stepchildren Bobby Sublett, of San Jose, CA, and Vickie Sublett, of Sydney, Australia; sisters Nancy Berland and Carol Smith, of Oklahoma City, and their husbands, Mike Berland and Carl Smith; many loving nieces and nephews and their families, his faithful dog, Casey, and millions of fans who tuned their radio dials to Hal for almost three decades and were charmed by his quit wit, his charming voice and his alter ego, Max, the duck. Halâ??s family suggests that anyone wishing to pay tribute to his life make a donation to Clarehouseâ??www.clarehouse.orgâ??where he received comfort and tender care in the last days of his life.

Born in Oklahoma City, April 4, 1937, the first of three children to Harold and Wilma Pickens, Harold L. â??Halâ? Pickens, Jr. lived life with passion, earning devoted fans and acclaim in the entertainment world as a radio celebrity and the... View Obituary & Service Information

The family of Harold L. Pickens, Jr. created this Life Tributes page to make it easy to share your memories.