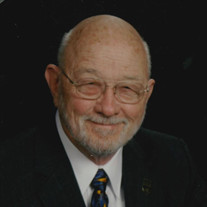 Harry William Stege was born in on May 31, 1934 and died On January 30, 2021. He was born in Tulsa to Harry Leroy and Ruth Greene Stege. He is survived by his 2 sisters; Ruth Stege of Pacifica, CA and Mary Stege of Tulsa, OK. Harry has 6 children: Harry Gerard (Shelley) Tulsa, Paul (Laura)Frisco, TX, Peter (Janie) Tulsa, John (Marie)Norman, Teresa (Brian) recently of Pisa, Italy, and David, Tahlequah. He later collected Denise Anderson Haddad who called him her, “Bonus Dad.” His grandchildren are; Nathan, Harry Evan, Garrett, Devon, Nicole, Mary, Magen, Adam, Thomas, Derek, Sarah, David. Of all of those survivors, two are retired police officers themselves, one is retired US Army, three currently active military, and four US military veterans. Harry attended Tulsa Public Schools. At the age of 14 he went for a summer to work with his uncle, Jack Stege, in Alaska, giving him a broader view of the world. Returning to Tulsa and after finishing his junior year of high school he decided to forgo his senior year and join the Navy during wartime. He quickly received his GED but wasn’t allowed to “graduate” before his senior class officially graduated that spring in 1952. Harry served aboard the LST USS Okanogan during the Korean war spending more than three years at sea as a diesel engine mechanic. After his Naval service he returned to Tulsa, married Margaret “Peggy” Quirk, and started a family. With Peggy’s guidance he became Roman Catholic and raised his children in the Church. He enrolled at Tulsa University using his GI bill scholarship to study for a degree in English and went on to TU Law School where he graduated in 1968. By then, Harry had already been on the Tulsa Police Department for more than 10 years as a 3rd generation police officer; you could say it was in the blood. His father, Harry LeRoy, was an early graduate of the FBI National Academy as was Harry William later. His grandfather, Harry Edward a strong influence on young Harry, was one of the early detectives who pioneered police photography, fingerprinting, and other forms of identification and suspect information. Harry William moved through the ranks at TPD and eventually became Chief in 1977 retiring in 1983. He was well respected and valued and felt great pride representing the heroic men and women of Tulsa law enforcement. Following his grandfather’s lead, Harry was instrumental in developing an early information management system at a time when computerization was a new and innovative measure. Under his leadership, the Police Department started several timely upgrades, expansions and specialty units including but not limited to 911 Communications, the Helicopter Unit, Special Operations Team (SWAT), Chaplaincy Corps and Psychological Services. The Department also expanded from the one downtown police station adding precincts in East Tulsa and North Tulsa. Harry received much praise and many awards for civic contributions. He received recognition from the Kiwanis, Boy Scouts, Tulsa Police Explorers, Sertoma, Mayor’s Gang Prevention, Tulsa Crime Commission to list a few. After his retirement as Tulsa’s chief, he taught college classes at North Eastern State University and went into private security business with long-time friend and partner, Frank Howard, before moving out of state to share his knowledge of modernization of computer and 911 systems with other cities. Later, Harry became the Chief of Police for Texas AM University in Galveston & Laredo. While living in Laredo he completed his Master’s degree before returning to Tulsa for a quieter retirement with family and friends. Harry had become reacquainted with long time school mate, Johna Anderson and they spent many happy years together. She was holding his hand as Alzheimer’s took what was left of the physical body of this once lively man. Harry loved fishing, hunting, reloading, jazz music, baking, teaching, flying, puttering and tinkering with tools, gadgets, and engines. He truly felt a strong camaraderie with his fellow law enforcement officers throughout his life. He remained in contact with many attending “Old Retired Fart'' luncheons. In his later life, he often spoke of his fond memories of fishing trips with fellow officers in Mexico and Canada, and his time on TPD. He had been active in the Jazz Hall of Fame. Harry loved to tell shaggy dog stories and jokes. Some of the tales were even true. He never did let the facts interfere with a good story. He loved to write and always had big ideas about writing the world’s greatest novel. Unfortunately, Alzheimer’s disease in its way, slowly took over his bright, witty brain. Many thanks to Pam and Roshan from his retirement facility at Prairie House for helping him stay active as long as possible. The medical and care staff there were also loving, kind, and helpful. The team from Transitions Hospice helped him end this life with dignity. He was very proud of all of his children’s accomplishments and loved them all. A Rosary for Harry will be held at 5:30 pm on Thursday March 18th at St. Benedict’s Church in Broken Arrow with a wake and reception to follow. The funeral Mass will be held Friday March 19th at 11:00 am also at St. Benedict’s. I lieu of flowers, donations can be made to either the Alzheimer’s Association at alz.org/donatenow, or the Tulsa Police Officers’ Memorial at tpdmemorial.com ***FOR THOSE THAT CANNOT ATTEND THE SERVICE IN PERSON, PLEASE COPY AND PASTE THE FOLLOWING WEB ADDRESS IN YOUR BROWSER FOR EACH DAY OR CLICK ON THE LINK: youtube.com\saintbenedicts

Harry William Stege was born in on May 31, 1934 and died On January 30, 2021. He was born in Tulsa to Harry Leroy and Ruth Greene Stege. He is survived by his 2 sisters; Ruth Stege of Pacifica, CA and Mary Stege of Tulsa, OK. Harry has 6 children:... View Obituary & Service Information

The family of Harry William Stege created this Life Tributes page to make it easy to share your memories.

Send flowers to the Stege family.