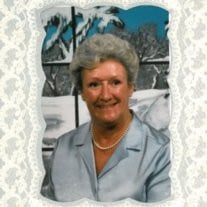 Helene L. Neal of Broken Arrow passed away on October 31, 2013 of cancer. She was born in Portland January 16, 1921. The daughter of Helen (Foley) and Donovan Schembs. She attended St. Patrick’s Grammer School and graduated from Cathedral High School in 1938. Helene joined New England Telephone and Telegraph. She took a leave of absence to join the waves during World War II, upon, separation she rejoined N.E. Tel. and retired after 40 years of service. She was involved with R. C. volunteer over 25 years. Helene then traveled extensively for the next 20 years, her first flight (all alone) was to Oslo, Norway to visit her daughter and family. From then on the travel bug bit her and she kept going until her illness. Helene was a Telephone pioneer and a member of St. Patrick’s Women’s Fellowship. Helene was predeceased by her sister, Marie, brothers, Donovan, Edward, and John. She is survived by a daughter, Jane and husband Tom Egger, of Broken Arrow. Also son Gregory Neal of Old Orchard Beach, ME, and his companion of 12 years, Connie Payton. She is also survived by several grandchildren, Koren Zimmerman of Nev, Ann Carter, Cris Egger, and Jenny Tudor of Broken Arrow. Great Grandchildren, Senna and Arie Zimmerman, Brian Carter, Kenzie, Ally Egger, Kaitlyn Tudor all of Oklahoma. Great, great grandchild, Gage Elijah Carter of Oklahoma. Helene is survived by all of her many good friends in Portland among them Juliette Clark whom she was close as well as many good friends at Red Cross whom she volunteered for over 25 years.

Helene L. Neal of Broken Arrow passed away on October 31, 2013 of cancer. She was born in Portland January 16, 1921. The daughter of Helen (Foley) and Donovan Schembs. She attended St. Patrick&#8217;s Grammer School and graduated from Cathedral... View Obituary & Service Information

The family of Helene L Neal created this Life Tributes page to make it easy to share your memories.