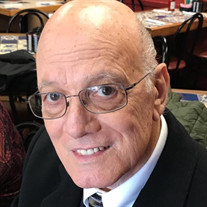 Born May 12, 1944, in Pittsburgh Pennsylvania to Harry and Betty Manicom. Survived by wife Debra Manicom, daughter Erica Manicom of Lakewood, California, Sister Elaine and family of La Verne, California, and Brother Bud Spinos and family of Madrid Spain. Moved from Pittsburgh at age 3 to Hoteville/Brawley, California where his mother worked as a nurse at the army base and his father worked at Western Auto. Lived in Brawley, California until age five in the Army civilian employees Quonset hut. The family moved to Monrovia California in 1949 where they lived, worked, and resided until their passing. Attended Monrovia High School from 1959 to 1963. Upon graduation attended Mount San Antonio College from 1963 to 1965 in Pomona California and majored in Air Craft Mechanics. In 1965 he was drafted into the Army, ran down, and enlisted in the Air Force instead, spent 1 ½ years at Plattsburgh AFB in a Security Police Squadron, Plattsburg, NY where he became interested in photography and volunteered to go to Vietnam in 1967 for one year. After departing Vietnam in June of 1968, was assigned to Wiesbaden Germany until June of 1969 and was honorably discharged. Returned home to California and studied photography for 2 years until 1971 and established a career in photography which lasted until 1989. In 1990 received an offer from a friend to manage his jewelry store in Down Town LA and stayed in the jewelry industry in various capacities from retail to wholesale and eventually owning his own business until 2017. Moved to Tulsa, OK from Los Angeles California in 2004, married Debra in February of 2009, and retired in 2011. His greatest desires in life were to make the path that others followed behind me as easy as possible for them. Make as many friends in this life as possible and love them more than you love yourself. To love my wife and daughter with all my heart. To those that I call Brother, know that you are the best of the best.

The family of Henry Art Manicom created this Life Tributes page to make it easy to share your memories.

Send flowers to the Manicom family.