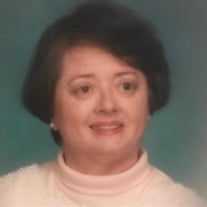 Inez June Kelley Obituary Inez June “Cissie” Ross passed away Tuesday, October 13, 2020 at the age of 90 after a lengthy battle with Alzheimer’s disease. Born in Muskogee on June 5, 1930 to Faye and Durant Bradley, Cissie graduated high school from Tulsa Central and then attended the University of Oklahoma for a time. She met her husband, Jack Kelley, who at that time was a reporter for the Tulsa World, in the late 1940s and they married in 1950. They subsequently had three sons, David, Marshall and Phillip. Except for a period living in Ft, Lauderdale, FL between 1965 and 1969 -- when Jack accepted a job as a business editor for the Miami Herald -- Cissie was a life-long Tulsan and was a member of various bridge club groups over the years. In the mid 1970s Cissie began her career in real estate, first as an agent for Detrick Realty and then as a loan processor for Harry Mortgage Co. She retired from the U.S. Dept. of Housing and Urban Development Authority (H.U.D.) in 1995. In 2007 she married Warren Ross and they had a great late-life relationship until his passing in 2017. Cissie was predeceased by her parents, Faye Bickenheuser and Durant Bradley, and sister, Barbara Mitchell. She is survived by her sons; David Kelley, Marshall Kelley, and Phillip Kelley; grandchildren; Ryan Kelley, Phillip Kelley, Jr., Joseph Kelley, and Elaine Kelley as well as numerous great grandchildren, nephews, and nieces.For those who knew and loved Cissie there will be a viewing from noon to 3 p.m. on Sunday, Oct. 18th at Floral Haven Funeral Home, 6500 S. 129th E. Ave. in Broken Arrow. A private family memorial service is planned at a later date. In lieu of flowers the family asks that contributions be made to the Alzheimer’s Association, Oklahoma Chapter.

The family of Inez June Ross created this Life Tributes page to make it easy to share your memories.

Send flowers to the Ross family.