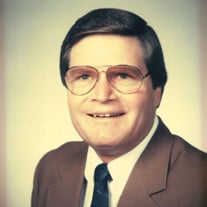 Jack Jay Blackburn of Tulsa, Oklahoma, passed away on Monday, April 26 from complications from pneumonia at Saint Francis Hospital. He was born February 14, 1942 to Jay and Thelma Wolfe Blackburn in Muskogee, Oklahoma. His childhood was spent in Checotah, Oklahoma, where he was involved in the First United Methodist Church and graduated from Checotah High School in 1960. His dad owned the Western Auto and his mom was a nurse for McIntosh County. During high school, he excelled in football. He was awarded all conference twice and was an All-State player. He played center and linebacker, and went on to play for the University of Arkansas. He completed his teaching degree in history at Oklahoma State University after marrying Betty L. Martin. Several years later, he completed his master’s degree in business from Northeastern State University. His tenacity for football led him to coaching along with teaching history. He coached football and taught at Konawa, Broken Arrow, Tulsa Memorial, and Tulsa Hale. He was honored to be a part of the Tulsa Memorial state championship team in 1980. Before retiring, he served as Tulsa Hale’s athletic director. After retirement, he drove for John Christner Trucking for several years. Following his driving career, he and his wife, Mary M. Hibscher Blackburn, owned and operated Village South Liquors in Tulsa until 2014. He is preceded in death by his parents, Jay and Thelma Blackburn, and his first wife, Betty L. Martin. Jack is survived by his wife, Mary, his children, Krista McKnight (Steve) and Derek Blackburn (Dana), six grandchildren, Grace Ludrick (Jon), David McKnight (Lindsey), Meredith Sheets (Eric), Mackenzie Jay (Colten), Macy and Madyson Blackburn, five great-grandchildren, Charlie, E.J., Asa, Austyn, Nora, his stepchildren, Trey Barnes, Tammy Been, Tim Barnes, T.J. Barnes and their families, his sister, Jill Schumacher, of Independence, MO, an aunt, Ruth Hopkins, of San Diego, California, and many cousins, nieces, and nephews. Cactus Jack will be remembered by friends and family on Friday, May 14, at 10:00 am at Floral Haven Funeral Home. In lieu of flowers, donations can be made to the Oklahoma Coaches Assistance Plan, 8080 Crystal Park Avenue, Oklahoma City, OK 73139. Online tributes may be left at Floral Haven’s website. **Services will be live streamed starting at 9:45 AM on Friday, May 14, 2021. To view the service live, please click on the following link: https://webcast.funeralvue.com/events/viewer/53457/hash:F395E4DA5157BC21

Jack Jay Blackburn of Tulsa, Oklahoma, passed away on Monday, April 26 from complications from pneumonia at Saint Francis Hospital. He was born February 14, 1942 to Jay and Thelma Wolfe Blackburn in Muskogee, Oklahoma. His childhood was spent... View Obituary & Service Information

The family of Jack Blackburn created this Life Tributes page to make it easy to share your memories.

Jack Jay Blackburn of Tulsa, Oklahoma, passed away on Monday,...

Send flowers to the Blackburn family.