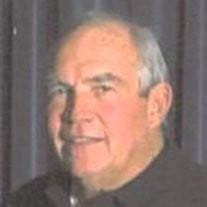 Mr. Jack D. Davis, 72, passed away August 8, 2013, at his home in Broken Arrow, Oklahoma. He was born January 13, 1941, in Alliance, Nebraska, to Jonathan Duane Lichty & Leila Ellen (Snodgrass) Lichty. Following his father’s death, Jack’s mother remarried and he was adopted by Seth T. Davis. Jack moved to Tulsa, Oklahoma as a young boy and later graduated from Tulsa Central High School in 1959. He attended Oklahoma State University and Northeastern Oklahoma A&M. In 1961, he was the Kansas City Golden Gloves Novice Heavyweight Champ. Mr. Davis entered the United State Marine Corp in April 1963. He worked as a Jet Engine & Helicopter Mechanic in Vietnam and attained the rank of Corporal before being Honorably Discharged in April 1967. He married Joan A. Colburn on July 29, 1965, in Quantico, Virginia. She preceded him in death on April 7, 2004. In 1967, he returned to Tulsa, Oklahoma, and started working in the family business, Tulsa Terminal Warehouse – Agent for Mayflower Transit. After working the business for 32 years, he retired from Accent Moving & Storage,Inc – Mayflower, which today, is operated by the third generation of family. He was a long time member of the Rotary Club of Tulsa, Tulsa Executive Association, Tulsa Bass Masters, Tulsa Bird Dog Club, and a lifelong member of the YMCA. He attended church in Tulsa and was active in supporting mission work around the world. His mission work also included working with Lewis Avenue Outreach in cooking, feeding, and witnessing to Tulsa’s homeless and needy. Jack was an avid fisherman and hunter. He found great joy in spending time with family or friends in a duck blind or sitting on the bank fishing. Jack was passionate about his children and grandchildren and supporting them in their activities, whether it was walking the sidelines or sitting in the bleachers cheering. He understood the importance of making the most of every moment and left nothing on the “Bucket List”. He was preceded in death by his wife and his parents. Survivors include two daughters, Jody Davis of Tulsa and June Anne Wakley, and her husband, Ryan of Broken Arrow; son, Chip Davis, and his wife, Amy of Watertown, South Dakota; seven grandchildren, Bailey & Brianne Bergman, Abby & Nate Davis, R.J., Jaxie & Bella Wakley; as well as a host of extended family & friends.

The family of Jack D. Davis created this Life Tributes page to make it easy to share your memories.