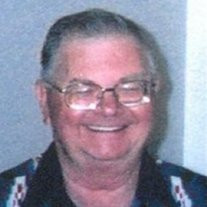 Jackie LeeRoy “Jack” Welch, 77, of Broken Arrow, passed peacefully on Wednesday, October 2, 2013, in Broken Arrow, Oklahoma. He was born on March 10, 1936, at home in Watts (Adair County), Oklahoma. Jack graduated from Webster High School in 1955. On August 24, 1956, he married the love of his life, Lavonda Yeckly. Jack was a jokester, and could always bring a smile to your face. If he wasn’t sure of your name or just wanted to give you a hard time, he would simply call you “Fred”. He had an amazing voice and loved to sing. He liked to fish and watch baseball, especially the Texas Rangers. He was proud of his profession and took pride in his many years working as a shoe salesman for Buster Brown Shoes, even working well past his retirement at C.R. Anthony Company and Gelco Clothing and Shoes. More than anything, he loved his family. He is survived by his wife of 57 years, Lavonda Welch, of Broken Arrow, mother, Kate Welch, of Tulsa, four sons, Donnie Welch, of Watts, Oklahoma, Ricky Welch, of Broken Arrow, Michael Welch, and his wife, Kim, of Claremore, Oklahoma, and Ronnie Welch, of Edmond, Oklahoma, 9 grandchildren, Derek, Shaun, Nicholas, Amber, Stephanie, Tiffany, Brittany, Nolan, and Collin, 5 great-grandchildren, brother, Bob Welch, of Tulsa, sister-in-law, Joy Messick, of Lawton, Oklahoma, and numerous nieces, nephews, cousins, and friends.

The family of Jackie L. “Jack” Welch created this Life Tributes page to make it easy to share your memories.