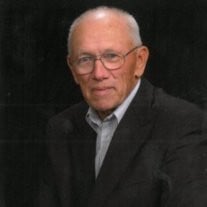 James “Jim” Dale Aud, born December 18, 1941 in Tulsa, Oklahoma, passed away on May 17, 2013 in Tulsa, Oklahoma at the age of 71. Jim married Marilyn K. Berryhill on December 29, 1961. Jim is survived by his wife, Marilyn and children, Cary Aud and wife Rhonda of Broken Arrow, Jamie Borth and husband Michael Borth of Broken Arrow, Jennifer Tallman and husband Aaron of Owasso. Also survived by five grandchildren, Kayla, Kolby and Megan Aud, as well as Hayden and Avery Tallman. He is also survived by brother Tommy Sunday and wife Sandy of Tulsa, and step-sisters Wanda and Barbara, as well numerous nieces, nephews, cousins and many friends.Jim grew up in Tulsa, Oklahoma and graduated from Tulsa Central in 1960. He joined The Tulsa Police Department in 1965, where he served in various divisions, achieving the rank of Corporal. He served the City of Tulsa as police officer for 20 years. He had a passion for photography which led him to open ABC Photo Studio from 1985 to 1987. From 1990 through 1997 he operated the Tulsa Police Department photo lab. After 1997 he worked other various security postions.His true love was off duty coaching his children’s various sporting activities – mainly softball. And if he wasn’t coaching, he was always a spectator, supporting and cheering them on. As grandchildren came along he was always attending their games. Jim loved golfing, poker, traveling and attending Tulsa Golden Hurrican football games.Services will be held Tuesday, May 21, 2013 at First United Methodist Church, Broken Arrow at 2:00 p.m. with burial following at Floral Haven Cemetary.

The family of James “Jim” D. Aud created this Life Tributes page to make it easy to share your memories.