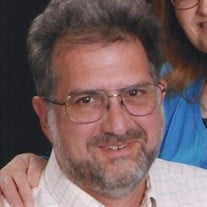 James M. Frederick, 61, of Tulsa died September 3, 2021, in Tulsa. Born May 20, 1960, in Tulsa, Oklahoma to James and Mary Frederick. Jim became an older brother to Frank in 1961 and John joined the family in 1966. In 1969, his parents bought and moved to several acres west of Jenks which is still in the family and being enjoyed to this day. He joined the Jenks band in 5th grade and was a cornet player and moved to a trumpet player in Jr. High and through high school. He was also part of the FFA. In 1978, he graduated from Jenks High School. After high school, Jim attended Oklahoma State Tech Okmulgee for a Degree in Electrical/ Electronics with pneumatic and electronics instrumentation beginning in 1979 and graduating in 1981. Later in 1981, he started working at Applied Automation as an Electronics Technician. In 1983, Jim started working at Transok as a Senior Electronic Technician and worked for the same company for the next 38 years. Transok was bought out several times throughout the years and at the time of his home going he worked for Enable Midstream Partners. In 1989, his brother John invited him to church at South Lakewood Baptist Church. He struggled with a conviction for several months before he made the best decision of his life on December 3, 1989, when he trusted Jesus Christ as his personal savior. In the spring of 1990, Jim began dating a young lady from South Lakewood Baptist Church, named Cindy Birnie, and in November of 1990, they got engaged. On April 6, 1991, Jim made the second-best decision of his life when he married Cindy. In May 1992, their firstborn son, David, was born. Soon after that, he got an acre of land on the family property where he built a house and in 1998 moved to it. In 1997, a daughter, Rebekah, was born, and in 1999, another son was born, Jonathan. In 2003, heartbreak hit the family when, daughter Elisabeth, died 20 weeks before her due date. That was a difficult year, but the Lord brought him through it. It was during this time that the hymn “Our Great Saviour” became dear to him. Jim raised Airedales dogs for years and raised sheep since he was in high school. He enjoyed being outdoors. He had a passion for the King James Bible as God’s perfect Word and wanted to see the lost world receive Christ. Jim Frederick was preceded in death by his parents Mary and James Frederick, and daughter, Elisabeth Frederick. Jim Frederick is survived by: Wife, Cindy of 30 years; children, David, Rebekah, and Jonathan, all of Tulsa; brothers, Frank (and wife Susan) of Mannford, John (and wife Melanie) of Stroud; Father-in-law and Mother-in-law, Charlie and Jo Birnie of Tulsa; brothers-in-law and sisters-in-law; as well as many nieces and nephews, great-nieces and nephews, and lots of friends A celebration of life will be held on Friday, September 10, at 12:30 PM at Floral Haven Funeral Home Chapel, with a graveside to follow at South Heights Cemetery in Sapulpa, Oklahoma 74066. If you cannot attend the service in person webcasting will be available at the following link: https://webcast.funeralvue.com/events/viewer/59821/hash:C563938734479D52

The family of James Frederick created this Life Tributes page to make it easy to share your memories.

Send flowers to the Frederick family.