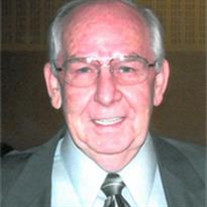 Jim Sirmons was born November 27, 1940 in Blue Ridge, TX to Oran and Ruby Sirmons. He was the oldest of seven children. He married Alice Brasher on July 7, 1962 and they had five daughters. He died February 4, 2012 at his home in Broken Arrow, OK surrounded by his wife and daughters. He was 71 years old.Jim was baptized as one of Jehovahâ??s Witness inÂ May 23rdÂ of 1964. He was an ordained minister for 47 years. After his retirement from Arvest Bank, he served as a full-time minister until his death. He enjoyed sharing with others his Bible based hope for the future. He enjoyed spending time with his many friends and family.He is survived by his wife of almost 50 years, Alice Sirmons of Broken Arrow, OK and four daughters, Nita and Tim Martinez of Borger, TX; Aundrea Willis of Tulsa, OK; Gena and Kevin Flaherty of Lebanon, CT; and Leah and Darren Matlock of Tulsa, OK. 14 grandchildren, Shaya Zwirtz, Bethany Zwirtz, Cady and Zach Potts, Raven and Derek Sugg, Ethan Martinez, Brigitte and TJ Sullivan, Jaden Vines, Aubrey Willis, Levi and Rachel Flaherty, Erin Flaherty, Molly Flaherty, Heather Matlock, Mason Matlock and Malorie Matlock, along with six great-grandchildren, Madison Caldwell, Gracie Starkey, Sebastian Starkey, Lilly Starkey, Isabelle Potts, and Riley Potts. He is also survived by his siblings, Ray Sirmons, Carl Sirmons, Elizabeth McKillip and Susie Berry.He was preceded in death by his oldest daughter, Eva Caldwell, his parents, Oran and Ruby Sirmons and his two sisters, Judy Kifolo and Linda Richardson.Jim was a wonderful husband, father, grandfather, great-grandfather, friend and loyal servant of Jehovah. He was loved by many and will be greatly missed. The family is comforted by the following scriptures:John 6:40 â??For this is the will of my Father, that everyone that beholds the Son and exercises faith in him should have everlasting life, and I will resurrect him at the last day.â?Ecc 7:1 â??A name is better than good oil, and the day of death than the day of oneâ??s being born.â?Memorial Service : Saturday February 11, 2012, 3:00 PM at Kingdom Hall of Jehovah’s Witnesses, 15732 Hwy 72, Coweta, Oklahoma.

Jim Sirmons was born November 27, 1940 in Blue Ridge, TX to Oran and Ruby Sirmons. He was the oldest of seven children. He married Alice Brasher on July 7, 1962 and they had five daughters. He died February 4, 2012 at his home in Broken Arrow,... View Obituary & Service Information

The family of James “Jim” Sirmons created this Life Tributes page to make it easy to share your memories.